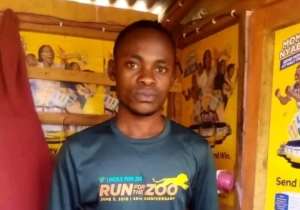 All parties to the conflict in the eastern Democratic Republic of the Congo should permit members of the press to work without fear of arrest, violence, and harassment, the Committee to Protect Journalists said Friday.

On the morning July 5, a group of six soldiers with the M23 rebel group detained Henry Hererimana Serushago, a reporter at La Voix de Mikeno (RACOM) community radio broadcaster, according to the journalist, who spoke to CPJ in a phone interview, and a report by Journaliste en Danger , a local press freedom group.

Members of the M23, a rebel movement fighting the DRC government in the country’s east, stopped Serushago as he attempted to cross into Uganda from Bunagana, in the DRC’s eastern North Kivu province, according to those sources.

Serushago told CPJ that he refused to speak to an M23 colonel about the rebel group’s offer to cooperate with RACOM. The colonel then ordered Serushago to be detained, and soldiers forced him to the ground, tied him up, and whipped, kicked, and beat him, he said.

The colonel threatened to kill Serushago if he spoke publicly about his mistreatment, saying he knew the location of his home, Serushago told CPJ. The rebels released him after about seven hours in custody, and he received treatment for injuries to his right leg and chest at a local hospital, he said.

Serushago told CPJ that he had gone into hiding and feared for his life.

“All parties to the conflict in the eastern Democratic Republic of the Congo must guarantee the safety of journalist Henry Hererimana Serushago and his colleagues while they cover the front lines of hostilities involving M23 rebels,” said Angela Quintal, CPJ’s Africa program coordinator, in Durban, South Africa. “Journalists covering conflict are far too often targeted for their coverage, which is critical for people in the local community and around the world to know what is happening.”

M23 rebels previously looted RACOM’s station in June after employees refused to collaborate with them, as CPJ documented at the time.

The colonel who sought to speak with Serushago said M23 soldiers could install equipment to make the station operational again, if the broadcaster agreed to work with them, Serushago said.

Serushago was attempting to enter Uganda to conduct interviews with Congolese people who had fled the fighting in the eastern DRC, where M23 rebels recently seized control of several villages, he told CPJ.

He said his previous interviews with people displaced by the conflict included their denunciations of the M23, and had been broadcast in late June by stations in the DRC’s eastern town of Rutshuru and in Goma, the capital of North Kivu province.

Separately, unidentified armed men ransacked Serushago’s home in Bunagana in late June and destroyed his belongings while he was reporting from Uganda, according to two of his neighbors, who spoke to CPJ on the condition of anonymity, citing security concerns. The neighbors told CPJ they believed the armed men were M23 soldiers because the group was in control of Bunagana at that time.

CPJ called the DRC military governor of North Kivu, Constant Ndima Kongba, but did not receive any reply.

When CPJ called M23 President Bertrand Bisimwa, he said he was in a meeting and was not available for comment. Minutes later, Bisimwa’s assistant, David Mugabe, called CPJ and in an interview said that the July 5 attack on Serushago “did not happen,” and that M23 was not involved in the raids on the journalist’s home or RACOM’s office.

Mugabe, who said he was speaking from Bunagana, suggested that former members of other armed groups or people with personal “vendettas” against Serushago may have been responsible for those incidents.

Mugabe said that Serushago and all journalists’ “safety are one hundred percent guaranteed” in the area controlled by M23.