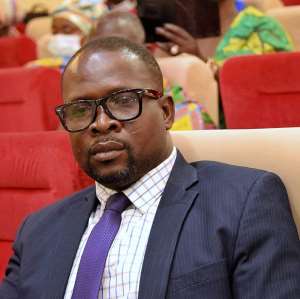 He explained many of these disputes had lingered on for a long time, regretting that the number of the disputes kept increasing.

“Living the disputes unresolved only make them degenerate and become threats to peace if they escalate and eventually undermine development of the region”, Alhaji Quandah stated in an interview in Sunyani.

“The serious aspects of these disputes are that they stand the chance of becoming intractable and endemic in the regions as it spans generations of people. In fact, future generations may not know the proper court ethnic and could decide to go violent”, he added.

Alhaji Quandah said intolerance and disagreements were also becoming the order of the day in managing and resolving disputes instead of compromises and cooperation.

He explained leadership dialogue and stakeholder participatory analysis of the situation was therefore needed to diagnose the root causes of the disputes and proffer solutions that could permanently address the problems for sustainable peace in the region.

Another major problem confronting the region, Alhaji Qaundah added was growing disunity in the region, and underlined the need for the people in the region to be united irrespective of their traditional and geographical locations, political and ethnic affiliations.

“It is only when they see themselves as people with a common destiny, appreciate and respect their diversities that sustainable peace can be assured in the region, and development would be the dividends”, the Regional Executive Secretary stated.

[Audio] 'Because of Mr Akudugu you want to destroy me, It wo...
36 minutes ago