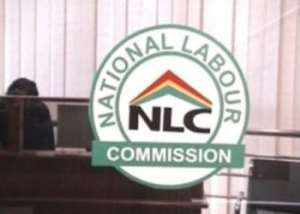 The National Labour Commission (NLC) has called on the Ministry of Employment and Labour Relations, Ministry of Education, and the Fair Wages and Salaries Commission to urgently engage the four teacher unions currently on strike.

The decision, according to the unions, follows the failure of government to pay a 20% Cost of Living Allowance to them.

In a statement released by the Labour Commission, its Executive Secretary, Ofosu Asamoah, urged the teachers to rescind their decision to make way for negotiations.

“The declaration of the strike according to the statement is due to what they describe as government's failure to grant them a 20% Cost-of-Living-Allowance in the face of the current high level of inflation, increases in prices of goods and services, etc.”

“You are hereby requested to engage the aggrieved Teacher Unions immediately upon receipt of this correspondence to negotiate settlement of their grievance(s) within seven (7) days and furnish the Commission with a Report upon completion.”

The NLC urged the teacher unions to rescind the decision and discontinue the strike action to pave way for the process of engagement to ensue.

“By copies of this letter, the teacher unions, GNAT, NAGRAT, TEWU, CCT-GH are advised accordingly,” the statement added.

'Forgive me if I was wrong to spearhead renovation of Asomdw...
38 minutes ago