TUC must dialogue with CLOGSAG Ghana — Federation of Labour 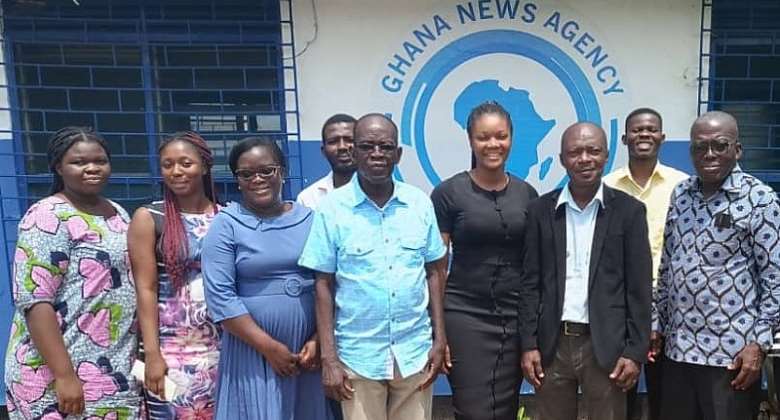 The Ghana Trades Union Congress (TUC) has been advised to reach out to the Civil and Local Government Staff Association of Ghana (CLOGSAG) for an out-of-court settlement on the organized labour suit it has initiated against.

“I Pray Dr Anthony Yaw Baah, TUC General Secretary and Dr Isaac Bampoe Addo, Executive Secretary CLOGSAG must dialogue to find a solution to it, this will delay the swearing-in of the members of the National Labour Commission (NLC) which will affect resolutions of workers’ issues.

“Dialogue was needed as going through the court process would have an adverse effect on workers,” Mr Abraham Koomson, Secretary-General of the Ghana Federation of Labour (GFL) stated during the 14th Edition of the Stakeholders Engagement And Worker's Appreciation Day Seminar of the Tema Regional Office of the Ghana News Agency, which was monitored by the Communication for Development and Advocacy Consult in Tema.

Mr Koomson said the term of office of the NLC members expired in April, 2022 and therefore there was the need for the swearing of new members, which he believed the court process would delay it.

He indicated that the seven members were to be made up of two representatives of workers, two from employers, two from the government and one chairman, this he said could not be achieved since CLOGSAG was challenging the mandate of the TUC to serve as umbrella body for workers.

“We are not against the court action, but I think TUC must find a way to reach out to CLOGSAG, because if there is any serious dispute or grievance, the technical team at the NLC can’t address it unless the worker resort to the court,” he stressed.

CLOGSAG on June 21, 2022 issued a writ of summons in the High Court of Justice, Accra against the Ministry of Employment and Labour Relations, Attorney General and the TUC.

In the statement of claim accompanying the writ which copy is available to the Ghana News Agency in Tema, CLOGSAG which is the plaintiff, was praying the court for an order requiring the defendants to ensure compliance with the judgement of a court of competent jurisdiction within a period to be specified by the Court.

It stated that a declaration should be made that the TUC was not an umbrella Labour Union for all workers’ unions in the country and as such it should not be so recognized.

It also asked for a declaration to be made that the phrase ‘organized labour’ used in the law applies to every worker union recognized by law in the country.

“Further or in the alternative to the above, an order requiring the 1st and 2nd Defendants to ensure that the labour unions in the country are organized so as to ensure equal opportunity to each worker union for the purpose of meeting the requirement of representation to statutory bodies including the Labour Commission by ‘organized labour’ in the law or otherwise.”