Tour de France leaves Denmark, plunges into 'the Hell of the North' 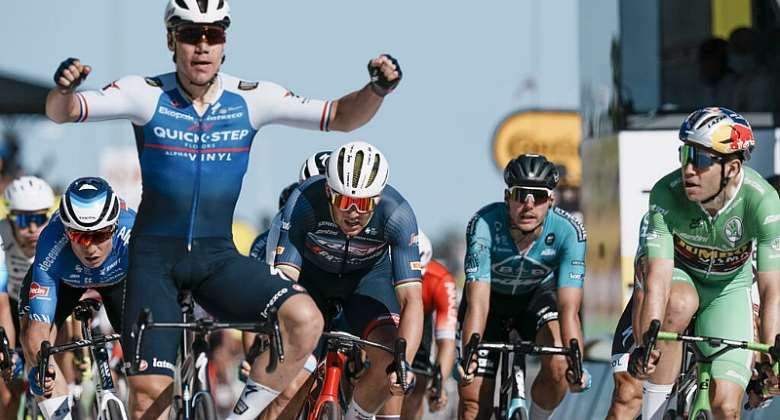 After three successful stages in Denmark, the Tour de France cycle race returns home on Tuesday, with sprint specialist Wout van Aert narrowly leading from Yves Lampaert and Tadej Pogacar. There's a long way to go. We look at some of the key challenges coming up.

Every stage of the Tour de France is important, but some are more important than others. The crucial question is who will be wearing the race-leader's yellow jersey when the survivors arrive at the finish line in Paris on 24 July.

Here are some of the moments which will determine the final pecking order.

Wednesday's fifth stage from the northern French city of Lille to Arenberg boasts no mountains along its 157 kms. But twenty of those kilometres are over cobbled mining roads, part of the stretch which earned the Paris-Roubaix cycle classic the nickname "the Hell of the North".

Rock and roll on the road

It's a tough early test of men and machines.
For Tadej Pogacar, who has a hand injury, those few thousand metres could prove decisive.

Some teams will have the luxury of pitting their leading riders against one another with a view to deciding team order for the later stages.

Ineos will watch Adam Yates carefully, knowing that Geraint Thomas will be only too happy to take over should Yates show any weakness.

The refuge of the beautiful girls

Legend has it that this was a refuge for local girls who wished to avoid sweaty Swedish mercenaries during the Ten Years War in the seventeenth century.

The last time the Tour took on this climb to a summit finish in the Vosges mountains, Geraint Thomas gained time on all his key rivals on the punishing upper reaches contested over gravel.

Tadej Pogacar won here in 2020 when the summit was the finish of a crucifying 36 km time trial.

Differences between the overall contenders are expected to remain below 40 seconds. But this is the Tour's first summit finish and will provide form pointers for the crucial Alpine stages to come.

The 10th stage in the Swiss Alps between Morzine and Megève is potentially the most gruelling test of the early Tour, with over 40km of tough ascents, including a Category 2 climb just before the finish.

Ineos have two climbers in their ranks, Daniel Martinez and Adam Yates, both capable of giving defending champion Pogacar a fight, or at least of wearing him out on a Tour which is otherwise thin on traditional mountain challenges.

Hottest Photo Reports
Catch up with all the political quotes from our politicians.
Advertise here
More from Cycling
ModernGhana Links
TOP STORIES