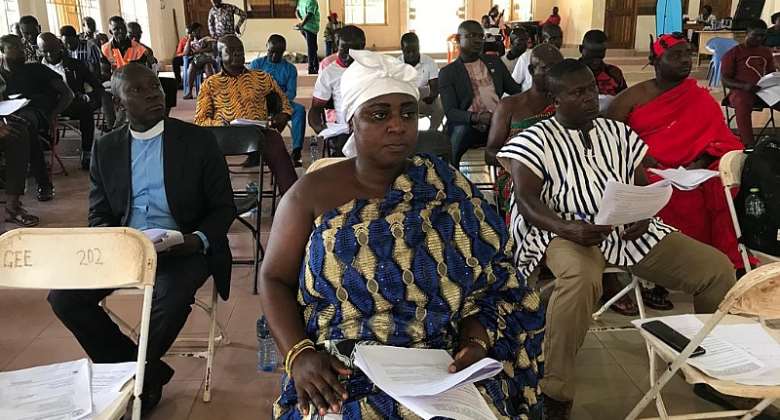 Comparatively, that was below the quantum of money generated for the first quarter of the 2021 fiscal year.

The Amansie West District Chief Executive (DCE) Hon Nii Ollenu Larty, said in an interview with the media that, the Assembly could not make progress, particularly in the area of internal revenue generation.

Speaking at the sessional meeting, DCE Hon Nii Lartey Ollenu at the first ordinary meeting of the assembly which was held on Tuesday 28th June 2022 said he identified the cause of the assembly’s inability to meet its target.

He cited the non-performance of the Area Council in terms of revenue generation and inadequate revenue collectors in the district.

“The situation has worsened with the end of the NABCO program, where some of the interns were supporting the revenue unit”, he disclosed.

Measures taken by the assembly to step up revenue mobilization drive in the area include the involvement of some of the staff in revenue collection, heightening public sensitization within the various area councils on the need for them to pay their fees and rates, conducting effective monitoring, deployment of tax force among Others.

The DCE strongly commented that defaulters of levies will be arrayed before Court.

He, therefore, scolded residents to make payments to avoid falling victim to the grips of the law.

He brought to light that following the assembly’s qualification in the District Performance Assessment Tool (DPAT V), it has received an amount of GH 1,213,504.00 as the District’s share of the allocation for the 2020 assessment.

On the construction of the District Hospital, Hon. Nii Ollenu Lartey emphasized that the contractor is currently on site.

He added that he gets daily reports on the progress of work.

The project is scheduled to be completed in 36 months. He revealed.

"The meeting paved way for the Assembly members in the District to present their challenges encountered in their electoral areas."

He added that most of the problems the Assembly members presented at the meeting were problems of bad roads. A few of them also talked about classrooms and CHPS Compound.

Thereafter, the presentation of the various sub-committees who sees the oversight of the numerous projects elaborated on the reasons why the Assembly was not able to complete the projects.

Hon Ollenu added that the Assembly had been engaging stakeholders including traders and the transport unions to foster cooperation and deepen relationships to enhance business in the central business district.