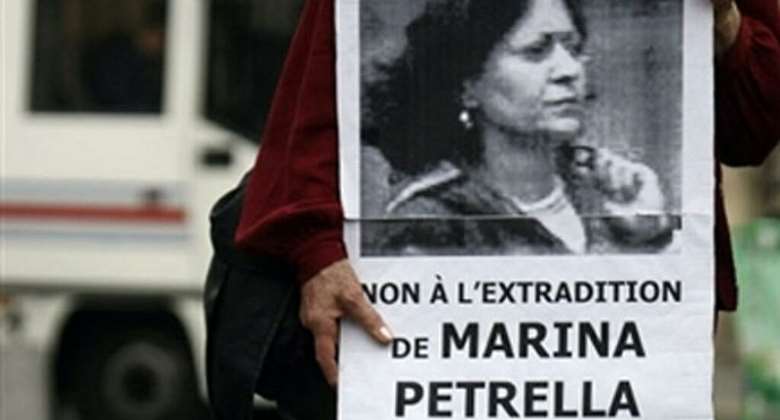 A French appeals court on Wednesday turned down Italy's request to extradite 10 former members of a left-wing Italian extremist group wanted for their involvement in violence decades ago.

The ultra-leftist Red Brigades were active in Italy from the late 1960s to the mid-1980s. The violence left 360 dead and thousands injured.

Most of the former group members, now aged 61 to 78, have been living in France for decades.

The ruling was greeted with relief by the 10 exiles, who fell into the arms of relatives and loved ones in the courtroom.

"It's a triumph for rights, humanity and justice," said Irene Terrel, lawyer for seven of the people involved.

'A denial of all extraditions'

The reaction from Rome was swift, with Italian Justice Minister Marta Cartabia saying she awaited the "reasons for a ruling that indiscriminately denies all extraditions.

"This is a judgement long awaited by the victims and the entire country, concerning a dramatic and still painful page of our history," Cartabia said in a statement.

France has long served as a haven for Red Brigades figures under a policy set by former Socialist president François Mitterrand, who offered them protection from extradition on the condition that they renounced violence and had not been accused of bloodshed.

'Punishment from the dark ages'

Last year French President Emmanuel Macron gave approval for the detention and potential extradition of ten former members of the Red Brigades or other armed groups, in a bid to remove a long-standing irritant in Franco-Italian ties.

"Sending me at 70 to die in prison would be a punishment from the dark ages," said former Red Brigades member Marina Petrella, 67, before the ruling.

She said the procedures were "traumatic" for her two daughters and grandson after 30 years in France where she was employed as a social worker.

"My life is in your hands, because if I go back to Italy, I will die in an Italian prison," said Narciso Manenti, 64, who has spent the last 40 years in France.

The cases of the eight men and two women all differ. Some have been sentenced in Italy in their absence, while others have spent some time in Italian prisons and another group avoided time behind bars.

"In light of the ages of these people, extradition would be a death penalty in disguise," said Terrel in the run-up to the ruling.

The public prosecutor, Remy Heitz, says the decision is likely to be appealed before France's Court of Cassation.

A lawyer for the Italian state, William Julie, said he would wait to see if prosecutors ask for the case to be sent to the Court of Cassation and to know the detailed grounds for the decision.