Arise Ghana Demo: we will demonstrate over and over again until Akufo-Addo changes — Otukornor 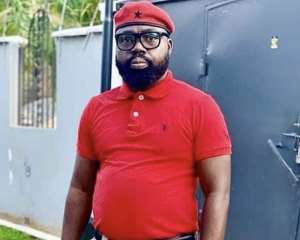 Peter Boamah Otukonor, Deputy National Secretary of the opposition National Democratic Congress (NDC) and a member of the Arise Ghana group has stated that they will pursue the Akufo-Addo government until his government resolves the country's economic woes.

He said government will not find peace until President Nana Addo Dankwa Akufo-Addo changes the way he governs the country.

“We will demonstrate over and over until Akufo-Addo changes. If he wants peace he should change the way he is managing the economy,” he stated.

Speaking to the media on the second day of the Arise Ghana 'Kurom Ay3 Hye' demonstrations on Wednesday, June 29, 2022, he added that the country will bounce back under the next NDC administration even if the current administration fails to salvage the current difficulties.

He noted that the sole purpose of their protest was to compel government to provide jobs to unemployed youths and address the country's economic challenges.

“There is going to be a change, if we don’t get the change under Akufo-Addo, we will get it under the NDC.

“We want jobs, the people are clamouring for jobs, if you give them jobs, you will get peace. If he can’t rule the country he should resign,” he added.