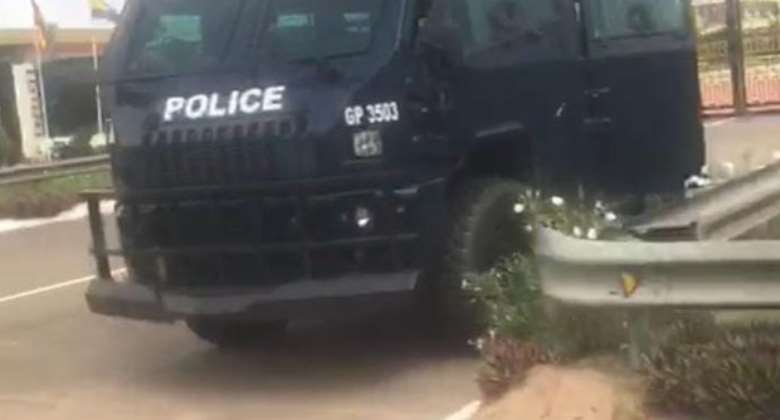 The Ghana Police Service has beefed up security at the Jubilee House, ahead of today's demonstration by pressure group, Arise Ghana.

Armed police and military men are currently at the entrance and the surrounding areas of the seat of government.

The security presence at the seat of government is meant to prevent another chaotic incident that follows the Tuesday clash between the police and the NDC members over appropriate routes for the demonstration.

The second day of the Arise Ghana demonstration saw protesters marching from the El-Wak Sports Stadium through the Liberation Road to Parliament House.

Arise Ghana had earlier planned to picket at the precincts of Jubilee House, but the move was opposed by the Police as they subsequently filed an injunction praying the court to direct the organizers to commence the protest at Obra Spot and end at Independence Square.

The court subsequently granted some demands by the police, paving the way for the demonstration to be held yesterday and today.

The demonstration was later marred by violence leading to the arrest of 29 hooligans.

I don't recall we ever changing a leader in the middle of a ...
57 minutes ago