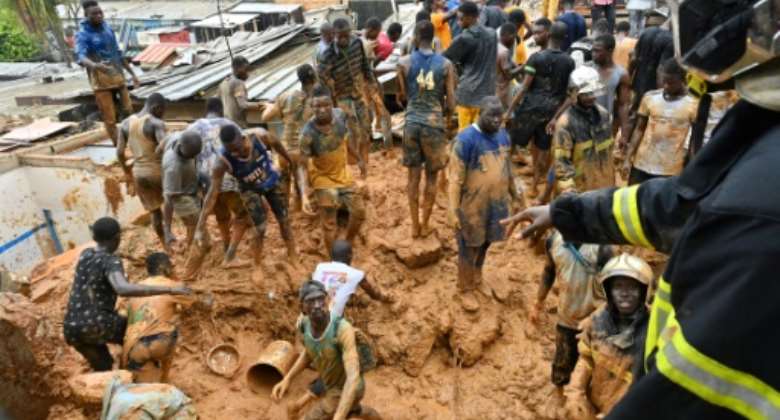 People searched desperately for survivors after the landslip. By Issouf SANOGO (AFP)

Four adults and two children were killed, and two people were hospitalised with injuries, the fire brigade said in a statement posted on social media.

Prime Minister Patrick Achi visited the site of the accident, which occurred in Mossikro, a neighbourhood in the western district of Attecoube.

Landslips during the rainy season are a notorious risk in Abidjan, a fast-growing city of five million people.

The authorities earlier this month launched an operation to destroy shanty dwellings built in vulnerable areas.

Those forced out of their homes under this programme are temporarily rehoused, the government says.

"Mossikro... has been identified as a zone at risk, and since March and April, people there have been advised that they should leave without fail," the ministry of water works said in a statement.

Failure or delay in heeding the warning is "suicidal", it said.