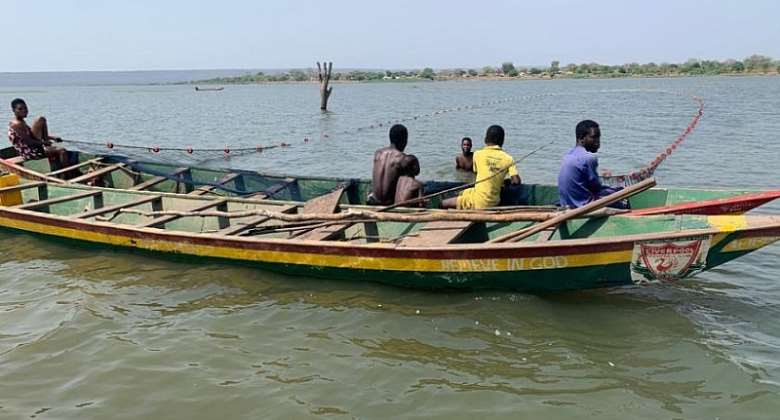 Today, Challenging Heights has released a report that show that approximately 60% of all children living in the fishing communities along Ghana’s Lake Volta are child labourers. The report which is titled “Children Hidden in Plain Sight: A report on the State of Child Labour in the Fishing Industry of Lake Volta (Ghana)”, was released to coincide with the World Day Against Child Labour, 2022.

The World Day Against Child Labour, was instituted by the International Labour Organization (ILO), and is commemorated on the 12th of June every year, to draw the world’s attention to the plight of children who are going through abused labour situations.

The theme for this year’s World Day Against Child is “Universal Social Protection To End Child Labour”.

The report interviewed 2999 children, made up of 1732 males, and 1250 females. The study took place in five districts of the Lake Volta areas, namely Krachie East and West Municipalities in the Oti Region, Kpando District in the Volta Region, Pru District in the Bono East Region, and Central Gonja District in the Savannah Region. Overall, the research took three months, between March and May, 2022, to complete.

The children interviewed were divided into groups, between 5 to 9 years; between 10 to 14 years; and 15-17 years; in line with ILO and UNICEF categorizations.

This number is significantly higher than the numbers available from previous studies.

One possibility for the new data in our study is that not only child labourers on the lake were interviewed but also children who normally do not work so much in public. With the different categories of labour such as cooking and fish processing, which might happen mostly behind closed doors, we saw that more female children are in child labour than have been previously assumed.

The tasks also differ when comparing different age groups. Among the 5 to 9-year-old child labourers, tasks such as scooping water (32%), fish processing (30%) and farming (42%) are especially high while other tasks that come with more responsibility and danger such as removing trapped nets (8%), driving outboard motors (8%), diving (14%) and mending nets (9%) are comparatively low.

This changes with the age group of 10- to 14-year-old child labourers, who predominantly paddle canoes (37%), cast nets (30%) and pull them back (29%), farm (36%) or fetch firewood (28%). The oldest age group of 15 to 17 year old children have the roles that require the most responsibility and which are more dangerous than others. They are often paddling canoes (42%), pull nets (32%) and process fish (30%) but also the most dangerous tasks such as diving (15%) or removing trapped nets (17%) are considerably carried out more often by this age group than by others.

In this study, a child counted as a child labourer when he or she was engaged in hazardous tasks – this allowed us to capture child labour among all age groups, since, as we have seen before by ILO standards, hazardous work always counts as child labour, no matter the weekly working hours. Children that did work that endangered their physical or mental well-being such as working on the lake without security and doing work such as paddling, diving or removing trapped nets all counted as child labourers in this study. Also, work such as fish processing is dangerous for the children because it exposes them to great amounts of smoke for long hours as well as using sharp objects (knives).