Fixing The Country With “Arms” Of Conviction 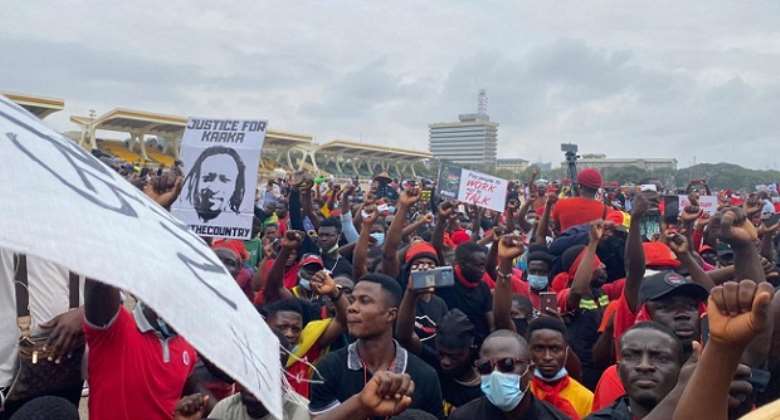 Mr. Kwesi Pratt and company, who wined and dined with the radically extreme left all over the world from Cuba to Bolivia to Iran etc and learned their ways of social and political mobilization for political action - even they never contemplated the idea of an “armed demonstration” on the streets of Ghana.

Obviously, they understood the mood and acceptably chosen methods of the people in their activism. They were not confused - not even for a second. And that’s why they had a massive following, at least, until they faded out on the streets and stationed themselves in the studios.

Political action requires strategic thinking along with the masses of the people. Once there is a confusion about the strategic political goal of a movement, the group is reduced to a vehicle for misguided self-promotional gimmicks.

“Arms” takes on a different meaning when we want to win the hearts and minds of the people against a tyrannical government.

We must also be “armed” with a moral high ground. In other words, the integrity of the leaders of any street protest is more inviting to the masses than guns and bullets. The pen is mightier than the gun. Don’t these so-called intellectuals know this? Or they just got confused for a second?

Street protest is a tool for psychological warfare to undermine the psychology and expose the ills of government and to carry the people along in an effort to wake up the spirit and sense of people-power among the masses.

The end game is “mass resistance” to the establishment. One man's resistance leads to a dead end.

The last time, I and many others were on the street with #FixTheCountry organizers to lend our “arms” of a collective voice to the mass resistance of the establishment.

There are now doubts in the masses about a clearly misguided leadership after their call for arms on the street. And this is where the group may have to fix itself and come again!