Ec To Sanction Parties Without Two-Thirds Of Office Presence Nationwide 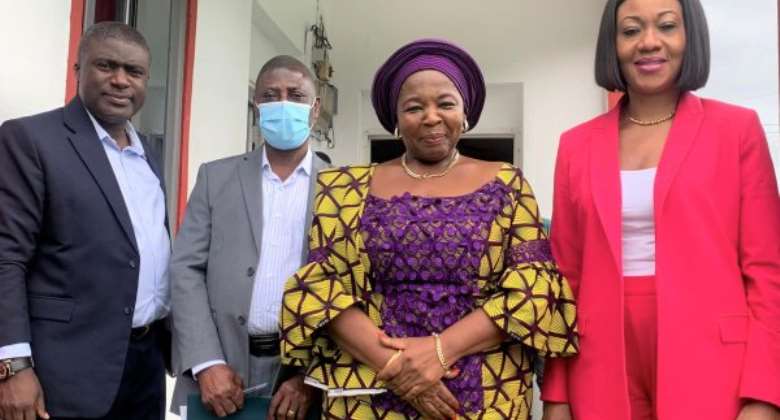 The Electoral Commission (EC) says it will not hesitate to sanction political parties, which fail to meet regulatory requirements, including having presence in two-thirds of the country.

The sanctions will include revoking the license and expunging the names of non-compliant political parties from the EC's records.

Mrs Jean Mensa, the Chairperson of the Electoral Commission, speaking during a visit to the national office of the Conventions People Party (CPP) explained that the exercise was not witch hunting but was inline with its mandate.

She was welcomed by Madam Akosua Frimpomaa Sarpong Kumankumah, the Chairperson of CPP and other party officials.

Pursuant to the provisions of the Political Parties Act,2000( Act 574), the EC is mandated to undertake an inspection of offices of all the 30 registered Political Parties at the National, Regional and District levels .

The inspection mission, which included Dr Bosman Eric Asare, the Deputy Chair in Charge of Corporate Services and Mr Samuel Tettey, Deputy Chairman in Charge of Operations and other staff are to ascertain if the parties were functioning and meet the requirements by Act 574.

As part of the checklist, the team interacted with the staff of the party and inspected office equipment, including computers.

She stated that there were about 20 political parties registered and 12 more applications pending.

“Indeed, the EC recognized that Ghana was a growing democracy with other challenges. However, there were many political parties that had no presence at all, others were having challenges. The Commission will take a decision on the outcome of this exercise,” she said.

Madam Kumankumah commended the Commission for embarking on the exercise to ensure sanity.

She said that the CPP had offices nationwide, however, some of the leases for the offices had expired and were taking steps for renewals.

Madam Kumankumah urged the EC to extend some support to the political parties to function well.

The team also visited the Progressive People's Party, but could not hold a long meeting because their offices were flooded.

The broad objective of the inspection is to ascertain whether political parties registered by the EC meet the provisions as stipulated in the law.

The specific objectives are to find out whether the political parties have presence and functional offices at the district, regional and national levels, whether the internal organization of these parties are consistent with democratic principles and the sources of funding these parties.

Arise Ghana demo: They're political elements not professiona...
22 minutes ago