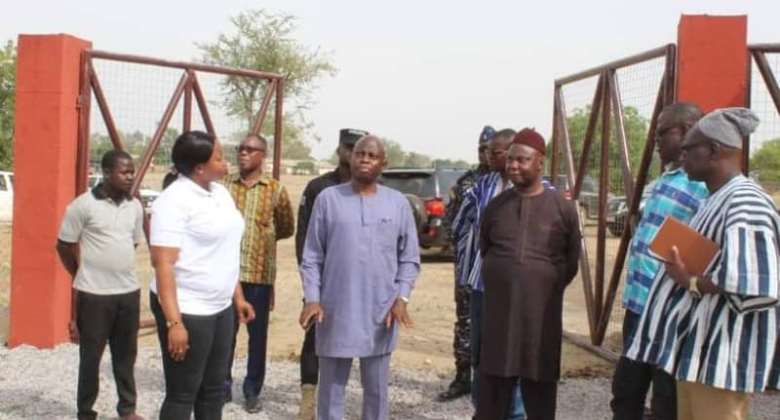 The Upper East Regional Minister, Hon. Stephen Yakubu has tasked the Feeder Roads Department to work hard and ensure that some major bridges and auxiliary roads in the District to pave way for residents to move freely as the rainy season nears.

Meanwhile, the Minister and his entourage also inspected the government Agenda 111 project in Binduri district which is under construction.

The Regional Minister said, the Shea Butter production which is still not in use as at the time he visited in May 2022, will help give employment to the youth in the area.