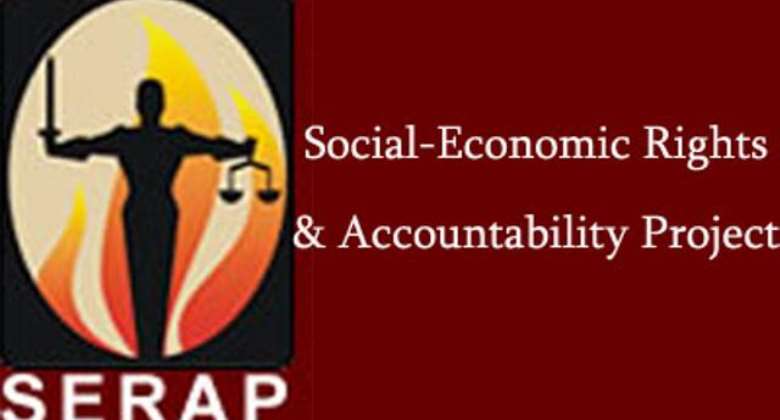 SERAP urged him to “urgently examine the books and records of financial transactions of political parties, and to make public the outcome of any such examination.”

SERAP also urged him to “provide details of the guidelines, and steps that INEC is taking to prevent vote buying in the forthcoming elections in Ekiti and Osun states and 2023 general elections, and to prosecute vote buyers and other electoral offenders.”

In the letter dated 21 May, 2022 and signed by SERAP deputy director Kolawole Oluwadare, the organisation said: “Nigerians have the right to know about the accounts and financial transactions of their political parties, especially the major parties with a strong possibility to assume government in the future.”

According to SERAP, “transparency and accountability of political parties is important to achieve greater transparency in public life, curb the influence of money in politics, promote a level playing field, and remove the risks to the independence of political actors and would-be public office holders.”

SERAP also said, “It is both immoral and illegal to pay citizens to vote for a particular political party or candidate. Unpunished cases of vote buying and related electoral offences would continue to undermine good governance, the rule of law, moral values, as well as hinder citizens’ participation in elections.”

The letter, read in part: “When a political candidate decides to buy the support of the people rather than contest fairly for their votes, there are possibilities that such candidate will show a disregard for democratic rules and a disposition to adopt illegal means becomes inevitable.”

“SERAP urges you to urgently take measures and to collaborate with appropriate anti-corruption agencies to ensure the effective prosecution of any outstanding cases of vote buying and related electoral offences allegedly committed in the context of the 2019 general elections.”

“We would be grateful if the recommended measures are taken within 14 days of the receipt and/or publication of this letter. If we have not heard from you by then, SERAP shall consider appropriate legal actions to compel INEC to comply with our request in the public interest.”

“The lack of transparency and accountability in political finance is seriously undermining the legitimacy and credibility of the democratic and electoral processes, and invariably contributing to denying the citizens the right to effective participation in their own government.”

“The failure of political parties to comply with transparency and accountability frameworks would undermine citizens’ trust in their political parties and lack of trust will inevitably destroy confidence in the system and decrease citizens’ interest and participation in the democratic process.”

“Elections are only one part of the democratic process, and a fair and effective electoral system must be founded in an adequate democratic infrastructure and responsibility of political leaders.”

“The Commission has also been apparently unable or unwilling to monitor, examine and publish these financial statements.”

“Also, some leading political parties, politicians and other political actors reportedly paid between N250 to N14,000 to buy votes. For many years, allegations of vote buying (the payment of cash or gifts in exchange for voting) and related electoral offences have characterised elections and party primaries in the country.”

“SERAP is concerned that despite several provisions of the Electoral Act (as amended), anti-corruption laws, and the country’s international anti-corruption obligations, suspected perpetrators of vote buying and related electoral offences frequently escape justice for their crimes.”

“However, INEC has consistently failed to exercise its powers and to provide the leadership that would promote collaboration with appropriate anti-corruption agencies to facilitate and ensure thorough, transparent and effective investigation of cases, and the arrest and prosecution of suspected perpetrators.”

“Section 86(1) of the Electoral Act 2022 requires every political party to submit to INEC a detailed annual statement of assets and liabilities and analysis of its sources of funds and other assets and statement of its expenditure. Failure to comply is an offence under Section 86(2), which is punishable by imprisonment for a term of six months or a fine of N1,000,000 or both.”

“Under Section 86(3)(4) INEC has the power to examine the records and audited accounts kept by any political party, and to publish the report on such examinations and audit in two national newspapers and Commission’s website within 30 days of receipt of the results.”

“Section 226 (1) of the Electoral Act 2022 also requires INEC to prepare and submit a report every year to the National Assembly on the accounts and balance sheet of every political party. Under Section 225(5), INEC has the power to give directions to political parties regarding their books or records of financial transactions.”

“The Nigerian Constitution and international standards guarantee and protect the right of all qualified citizens to vote, in state as well as in general elections.”

“The right to vote freely for the political party and candidate of one’s choice is of the essence of a democratic society, and any restrictions on that right strike at the heart of representative government.”

“The effective exercise of the right of qualified Nigerians to have a voice in the election of those who make and enforce the laws under which, as good citizens, they live can contribute to the enjoyment of other human rights, including to corruption-free public services, freedom of expression and digital and data rights.”

“Public confidence in voting systems serves as an indispensable feature of a full and healthy democracy.”

“Persistent failure to arrest and prosecute suspected perpetrators of vote buying and related electoral offences may ultimately undermine public confidence, the integrity of the country’s elections, and lead to wide-spread disaffection with the electoral process.”