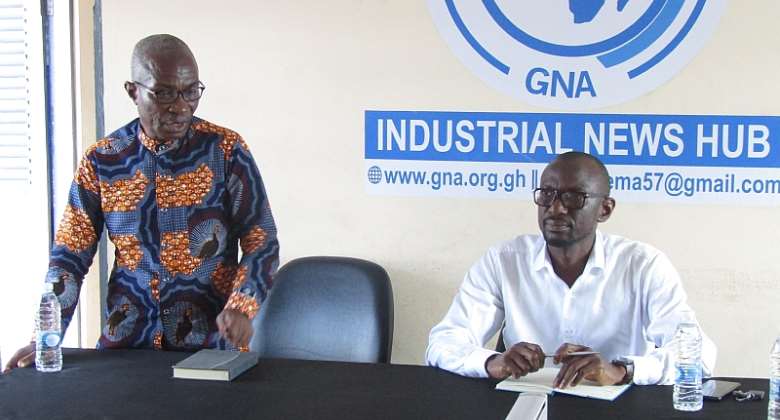 He said research conducted by the Anti-Corruption Resource Center Chr. Michelsen Institute (CMI) in Bergen, Norway demonstrated that raising the salaries of corrupt officials can have the consequence of worsening petty corruption.

The research shows that “in contrast to many cross-country and lab-based studies that have shown that higher salaries or payments reduce corruption backed by the enforcement of anti-corruption laws”.

Mr. Ameyibor stated at a forum organized by the Ghana News Agency Tema Regional Office which is a platform rolled out for state and non-state actors to address national issues on the topic: “Is the fight against corruption a mirage or reality?

The engagement also serves as a motivational mechanism to recognize the editorial contribution of reporters towards national development in general and the growth and promotion of the Tema GNA as the industrial news hub which was monitored by the Communication for Development and Advocacy Consult (CDA Consult) in Tema.

Mr. Emmanuel Wilson Junior, Chief Crusader of Crusaders Against Corruption spoke on: “Is the fight against corruption a mirage or reality? Said, "If you want corruption not to breed you must also create a fairgrounds and environment for it not to, the distorted pay structure within the public space has created a fertile ground for corruption to thrive, we must deal with it now”.

Mr. Wilson Junior, therefore, called for a review of the salary structures of public and civil servants to reduce corruption, though not justifiable the poor pay levels of government workers fuels the impetus to get corrupt, “the government to deal with the payment issues”.

Mr. Wilson Junior said many workers were contributing to the development of the country for years but had not accomplished enough to even cater for them after they had retired.

“It is now becoming a slogan for some public and civil servants that if you want to get rich join the corruption wagon as the pay alone cannot take you home.

“As a result, some government workers use their power to get those with money to part with it before they perform their basic task, some are now extortion money from clients you either pay or your services will not be delivered on time,” he indicated.

However, he said, some people had been in the system only for a few years but had been able to save enough to live well even when they were not working due to the unfair salary structure in the country, adding that such grounds influenced people to engage in corruption.

He explained that in the fight against corruption, every citizen must personally offer some form of sacrifice especially when the country was facing a crisis "but that does not mean, that we build an imbalanced economic environment that will force people to pursue their selfish interests.

"The government in ensuring that we have some level of anti-corruption immunize society must ensure that our salary structure is structured so we'll such that we give fairly to everyone," Mr. Wilson Junior stated.