I’m not convinced by Aikan Capital’s plan for Ecopark in Achimota forest; we're not moving forward with it – Abu Jinapor 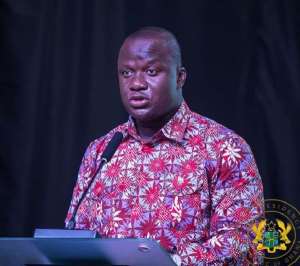 Minister for Lands and Natural Resources, Samuel Abu Jinapor has given indications that his ministry will not give green light for the proposed redevelopment of the Achimota forest reserve into an Eco-park by Aikan Capital.

The proposal, mooted and agreed upon under the John Mahama administration, is yet to see the light of day as it faced some legal challenges and the Mahama government lost power in 2016.

But according to Mr. Jinapor, he is not persuaded by the plan, as he is certain that it will hurt the natural state of the forest.

“The Aikan Capital proposal is not something that I have been persuaded yet, so we are not moving forward with it. Because what they are asking for is an eco-tourism park which will be like a theme park and for me, personally, I am yet to be convinced. It has the potential of compromising the flora and fauna of the forest… You need to cut trees to build these rails, kids playgrounds and all that. That's not what I am looking at,” he said.

Samuel Jinapor in a Metro TV interview said he is more inclined towards maintaining the natural state of the forest with only pathways and minibars.

“I am looking at something like Hyde Park or Central Park. It is full of a lot of trees. All you have are small pathways for jogging, and you will find small coffee bars. Otherwise, it is essentially a forest where you can run through and there are benches where you can sit,” he added.

Speaker Bagbin calls on Israeli counterpart in Jerusalem
52 minutes ago