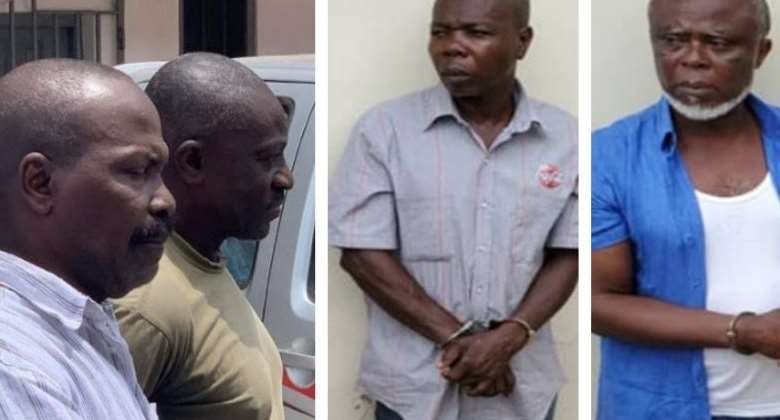 The Accra High Court trying 10 persons for high treason has ordered Mr Kabral Mohammed Ayambillah, a prosecution's witness, to produce the imaging (visual presentation) of data extracted from the WhatsApp conversation of the alleged coup plot.

Imaging is the process of making a visual representation of something by scanning it with a detector or electromagnetic beam.

Mr Ayambillah is a cyber security and digital forensic officer with the National Intelligence Bureau (NIB) tasked to examine and produce the imaging of data extracted from the electronic devices seized from some of the accused persons, especially those relevant to the trial.

This followed a request by Mr Kormivi Dzotsi, one of the defense counsels, to have this done to the chats to get accurate data for analysis and evidence for the ongoing trial.

Witness had produced data from the said electronic devices but some of the defense counsels had challenged their (data) credibility.

Earlier in his evidence-in-chief, Ayambillah had told the Court that on October 14, 2022, he received a request from the investigation department of the NIB to obtain and examine some electronic device, accompanied by a court order.

Out of the 13 devices, eleven of them, including a Samsung Galaxy S7 Edge (belonging to Mac Palm), were successfully extracted, adding that after the analysis by the investigation team, there was a request that data on the Samsung should be printed as it was relevant to the case.

Mr Livingston Ameevor, a defense counsel for Mac Palm, also challenged that the extraction was not complete and accurate.

They have been held for charges such as conspiracy, high treason and abetment of crime but have since denied their respective charges.