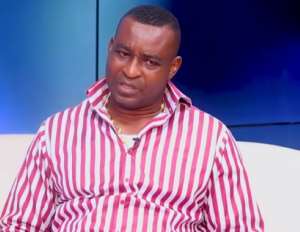 The forms were filed by his campaign team led by the Bosomtwe Constituency Chairman of the NPP, Mr. Aikens Addai-Poku.

Chairman Wontumi is seeking re-election as regional Chairman for the third time.

Mr. Aikens expressed the hope that delegates in the region will renew Wontumi's mandate to lead the party to victory in the 2024 general elections.

In a related development, the former Presiding Member for the Kumasi Metropolitan Assembly, Mr. Abraham Boadi also known as "Opooman" has also filed his forms to contest for the position of second Vice Chairman of the NPP in the region

Latest Photo Reports
Catch up with all the political quotes from our politicians.
Advertise here
More from NPP News
ModernGhana Links
NPP chairmanship race: I'll win 170 parliamentary seats for NPP when given the mandate – Asabee
Under my leadership, NPP will discontinue flagbearership elections — Asabee
NPP Elections: Check full list of aspirants and their positions on the ballot
TOP STORIES