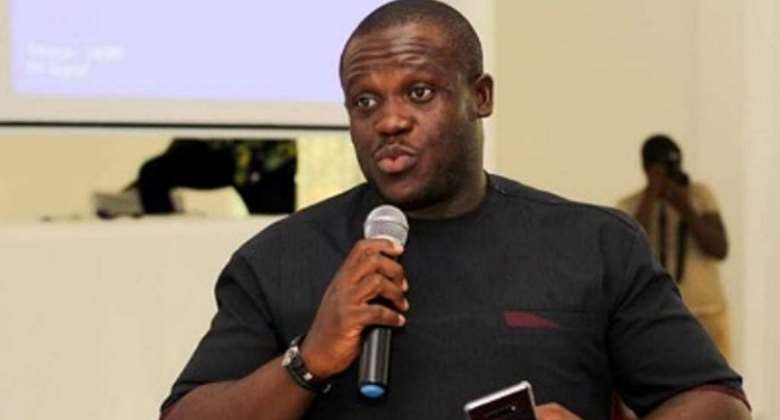 The Member of Parliament (MP) for Ningo Prampram, Hon. Samuel Nartey George has revealed that he is now accused of money laundering among other things whenever he travels outside Ghana for championing the anti-gay bill.

The bill, known as ‘Bill on the Promotion of Proper Human Sexual Rights and Ghanaian Family Values’, is in Parliament after it was presented to Speaker Rt. Hon. Alban Bagbin in June 2021.

One of the MPs who has been an advocate for the bill is Sam George. Last year, he received a lot of praise from some Ghanaians after an appearance on CNN to speak about the issue.

Speaking to Citi TV on the Upside Down show, the Minority MP has revealed that he is asked some funny questions when he travels abroad due to his views on the anti-gay bill.

According to him, he is even unable to change currency when he is outside Ghana.

“The price I have paid is enormous. I know I may have been put on some international watch lists. You travel, and you get to an international airport, and all kinds of funny questions are asked of you.

“They say I do money laundering and I cannot even change $10 anywhere in the world because of accusations that I’m being funded by some ghost group in the US. I am not being funded. I fund my things from my own pocket,” Sam George shared.

The Ningo Prampram MP further revealed that he has in the past received offers from groups in the US who try to buy him with money to drop the anti-gay bill but rejected them.

“On this LGBTQ thing, if it was about making quick money, I could have been sorted out for life. Offers were made. I can show you messages from groups in San Francisco inviting me and saying let’s have a conversation that I should drop the bill. If that was what it was about for me, I could have gotten it sorted out, but you must have principles,” the firebrand of the opposition National Democratic Congress party noted.

Latest Photo Reports
Catch up with all the political quotes from our politicians.
Advertise here
More from Headlines
ModernGhana Links
'Shame on you; we were there to protect you but you throw stones at us, injure us' – Police to Arise Ghana protesters
Arise Ghana demo: Chaos erupts as protesters pelt stones, Police fire tear gas
E-Levy uncertainty should not be grounds to go to IMF; it will be suicidal – Prof. Lord Mensah
TOP STORIES