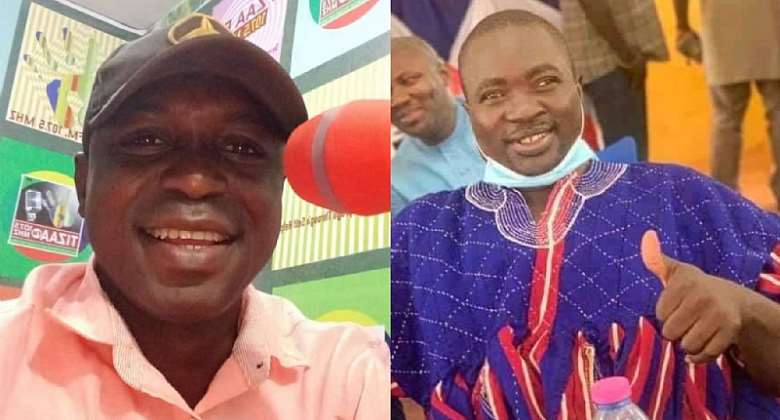 Mamprugu Youth Association of the New Patriotic Party (NPP) in the North East Region has expressed anger over the leadership style of the party's regional chairman, Fuseini Nurudeen, describing him as a 'defeatist' and 'failure'.

They said this in a press release copied to all media houses following recent allegations against one regional chairman hopeful, Alhaji Shani that he has contracted assassins to eliminate one of his contenders.

According to the group, "Chairman Nurudeen has been identified as the mastermind behind the latest accusation of an assassination attempt on his life."

Read the full story below:

CHAIRMAN NURUDEEN AND HIS DEFEATIST TACTICS TO KEEP HIS ABUSED POWER

Good morning, ladies and gentlemen of the press. We cordially invite you all to this critical yet vital news conference. This is done to inform you, as the fourth estate of the realm, about the wanton desperation of a Regional Chairman who has lost touch with his people.

The clearly failed Chairman Nurudeen of the North East Region and his propaganda shenanigans aimed at the decent people to keep power at whatever cost. It is very evident that the acts and inactions of this single man are sufficient to discourage youth from working for the NPP in the Region. This would almost certainly not help us break the Eight (8), which we all desire.

First and foremost, Chairman Nurudeen has been identified as the mastermind behind the latest accusation of an assassination attempt on his life. It has been revealed that the current Regional Chairman devised and carried out this entire scheme to discredit his strongest rival, Alhaji Shani, who looks to have acquired the trust of NPP delegates in the approaching Regional Executive elections. This was planned to have Alhaji Shani disqualified if he picked up nomination forms to run in the regional elections. No surprise his social media warriors continued repeating false accusations of assassination attempts on his life.

On the contrary, the Tamale Police have said that they are not investigating any instance of assassination as previously reported by certain leased media charlatans of Chairman Nurudeen. In reality, nobody, including any member of Chairman Nurudeen's staff, has filed a formal complaint with the police on any assassination attempt. Such a claim does not exist; it is a ruse used by chairman Nurudeen to preserve him from loss in the approaching elections. We, the NPP in this newly formed Region, cannot afford to let the dirty ambition of a greedy and selfish man tarnish the party's reputation with fraudulent assassination charges. We cannot sacrifice the progress of our party in the Region for the selfish greed of one person.

On May 16, 2021, the same chairman Nurudeen coordinated the beatings and stabbings of a former party constituency communication officer in East Mamprusi district. Mr. Samed Bawa was one of the region's most prominent critics of Chairman Nurudeen's violent nature and unpopular leadership, yet he was attacked by known Chairman Nurudeen guys from Tamale.

Chairman Nurudeen had previously been renowned for his thirst for ill-gotten money, which led him to betray his own brother, H.E Dr. Mahamudu Bawumia. In the forthcoming presidential election, he practically switched Dr. Bawumia for Dr. Afriyie Akoto, Minister of Agriculture. This is a man who values his fortune more than the false promises he made to his own relatives to support him. These are not characteristics of a true son of North East. Chairman Nurudeen must be summoned to order by well-meaning indigenes of our land.

Worse, Chairman Nurudeen is tainting Mamprugu's reputation with such terrible press, presumably to back up his dead chairmanship candidacy. This is sad and should be criticized by all well-meaning indigenes of our proud land.

We end by urging the chiefs, Council of Elders, and opinion leaders in Mamprugu, as well as the leadership of the NPP in the North East Region and Accra, to summon Chairman Nurudeen immediately. We require peace in our region, as well as a united front after the regional election, in order to obtain the six (6) seats in the north east region for the NPP in 2024. He must be educated that the party requires everyone to break the Eight (8). This man's unjustified internal manipulations must cease. On the baseless charges of assassination, the police must act quickly to clear the soiled name of our dear land.

May Allah, the Almighty, abundantly bless our land and Ghana as a whole. Thank you very much.