Be fearless of intimidation; remain firm and focused —Journalists told 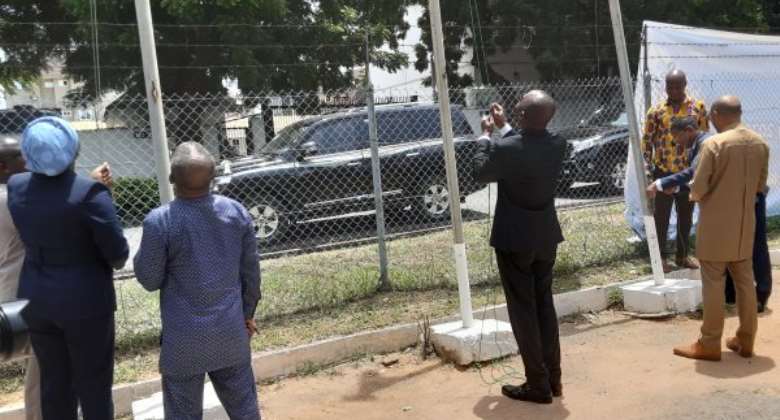 Mr Kevin Brosnahan, Press Attaché at the US Embassy in Ghana, has entreated journalists to remain focused, firm, and fearless of intimidation in course of their duties.

Mr Brosnahan said this in an interview with the Ghana News Agency (GNA) when he represented the Deputy Chief of Mission of the Embassy, Madam Nicole Chulick, at the commemoration of the 2022 World Press Freedom in Accra.

He was speaking to the 2022 Global Press Freedom Index released by the Reporters Without Borders, where Ghana dropped from 30th position to 60th among 180 countries, with a 100 per cent decline.

The index was reached by reflecting press freedom complexities in the political context, legal framework, economic and socio-cultural context and security.

Mr Brosnahan, who expressed contentment with discussions generated on varied platforms on how journalists could better be protected, called on government and the public to play key roles in ensuring the safety of journalists who were crucial element in promoting democracy and national development.

“I believe the Government of Ghana is interested in improving the situation. We have to look at intimidation of journalists, how they are treated and threatened with violence. Those were the issues of concern raised by the index,” he added.

Mr Affail Monney, the President, GJA, said dropping in ranking had been anticipated due to a confluence of anti-media factors, however, he said the Association did not expect the drop to be so “precipitous” – fall from third to 10th in Africa, and 30th to 60th worldwide, a 100 per cent decline.

“We watched with shudder and heard with shiver, merciless arrests and reckless attacks and animalistic disregard for the rights of a number of journalists in the line of duty.

“The deterministic outcome has been as sharp deterioration of the safety of journalists. Death threats rained on investigative journalists also went uninvestigated, let alone punished, while law enforcement officers who were supposed to protect journalists rather brutalised them,” he noted.

Mr Monney noted that three years on, the assassination of Ahmed Suale in the most heinous of circumstances had been a stain of Ghana's reputation as a land of freedom and justice, a citadel of media freedom and a beacon of democratic accomplishment in Africa.

“Assurance upon assurance of arresting the perpetrators have remained a hollow rhetoric,” he added.

The drive for resurgence of the media, he said, called for a clear, radical and resolute stance to deal surgically with the cancerous spread of impunity.

He explained that impunity ignited a self- propelling and re-energising cycle, which became hellishly difficult to defeat, if not tackled from the root through application of the law fairly and squarely, to all offenders, at all times, regardless of their partisan stripes, material wealth or social standing.

Mr Monney who bemoaned the long 'incubation' of the Broadcasting Bill designed to address the lingering challenges on the airwaves, said it was also crucial to orchestrate a conversation to take a hard look at the ownership structure of the media.

That was because ownership controlled the media to the extent of dictating content to the professionals they employed, he said, adding: “We dare say that this issue poses the greatest threat to media freedom in modern memory.”

Mr Monney said it was also time to consider the poor conditions of service of journalists.

“The International Federation of Journalists (IFJ) bluntly puts it that there can be no press freedom if journalists exist in conditions of corruption, poverty or fear,” he said.

“In the face of the cost of living challenges, the time has come, more than ever before, to address the flip-flop poverty in the media,” Mr Monney stated.

Akufo-Addo going to IMF is not victory, it's a day of sadnes...
52 minutes ago