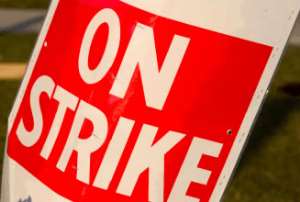 Senior staff of some universities in the country are threatening to embark on a strike to demand payment of certain allowances due them and the delay in promotion.

While the University of Development Studies Branch of the Senior Staff Association of Universities is beginning its strike today, May 12, 2022, its counterpart at the University of Cape Coast has slated its action for Thursday, May 19, 2022.

This is despite a recent meeting with the management of the institution.

In the said meeting, UDS management agreed to implement recommendations of the Ghana Tertiary Education Commission (GTEC) that addresses qualification requirements for progression, a reason that necessitated the industrial action.

The senior staff association at UDS, however, says a communiqué they have sighted contradicts the assurances given them by management; hence their decision to lay down their tools.

Zakaria Mohammed, the branch’s president, said “a number of concessions were made, and we told them that this should be put on paper to avert the possibility of our strike.”

He, however, added that “they agreed in principle but while we were meeting our members, a letter popped up that was entirely contrary to the agreement we had with them.”

Members of the Association at the University of Cape Coast have also served notice that they will lay down their tools today over similar issues.

“The refusal of management to acknowledge and issue directives with effects to what GTEC has prescribed for the universities in relation to the qualification of senior membership in the various universities has necessitated this action,” Sandy Kumi-Sinatra, the Branch Chairman, said to Citi News.

Some of the unions have been agitating over the qualification requirements for progression and upgrading to Senior Member Grade.

Their university managements have been demanding a Master of Philosophy or its equivalent before senior staff are appointed to senior membership status.