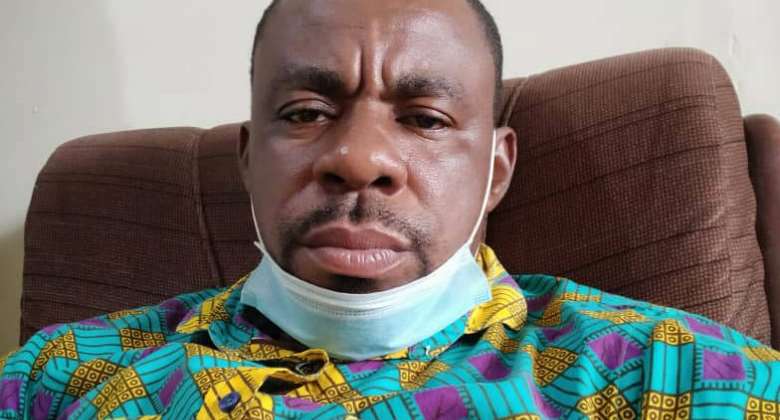 The Assembly which was supposed to hold its first ordinary meeting of 3rd session of the 8th Assembly between Thursday, 5th and Friday 6th May, 2022 per an invitation letter to members of the Assembly dated 12th April,2022 had to suspend it.

A message to suspend the meeting sent to the members reads”, in view of the ongoing Clogsag industrial action, the Presiding Member and Management has decided to postpone the Assembly meeting scheduled for tomorrow Thursday 5th and Friday6th until further notice. A new date will be communicated to members as soon as the strike is called off. Once again, we apologize for the inconveniences this might have caused. Thank you.”.

This portal learnt that the summons to 1st Ordinary meeting of the 3rd session of the 8th Assembly dated 12th April,2022 was signed by Hon. Patrick Kwame Frimpong and copied to all Sub-Metro council chairpersons, KMA and also distributed to Hon. Metro Chief Executive, all Members of Parliament, Assembly members as well as all heads of Department of the Assembly.

When contacted, Hon. Patrick Kwame Frimpong, the PM for KMA confirmed the suspension of their meeting citing the CLOGSAG industrial strike. He therefore appeals to all stakeholders especially the Minister for Local government among others to intervene to help address the concerns of the CLOGSAG members to enable them return to work.

According to him, the crucial role played by the members of the Association in the administration of the local governance system cannot be overemphasized. KMA PM who doubles as Assembly member for Krofrom East electoral area admitted that the ongoing strike is having serious and negative impact on the running of the Assemblies across the country.

According to him, the members of CLOGSAG are the very people who collect revenue for the Assemblies, "and they are on strike who else can go out and collect the revenues?"

The clients of the Assembly among other MMDAs across the country are also stranded.

He therefore called on all Ghanaians to join the calls on government to consider CLOGSAG request on time to enable them return back to work.

Hon. Frimpong said since CLOGSAG is not classified under essential services of Ghana it seems many stakeholders including the meeting have been silent about the negative impact the strike is having on the governance system at the local levels.

Some Ghanaians seeking the services of some government institutions like the Registrar General Department were left unattended. Offices of many local assemblies across the county were under lock and key.

Civil and Local Government Staff Association, Ghana (CLOGSAG) begun a nationwide strike on Thursday, January 20, 2022 over what it says is poor conditions of service. The Association claims the issue of poor conditions of service of its members has been ignored over the years. It noted that its leaders could no longer hold the pressure from the members to declare a strike, which, according to them, was long overdue.

It added that its unique conditions of service was informed by Article 94(3)(b) of the 1992 Constitution, which prohibited civil servants from participating in active political activities.

The Association want its members, who have been restrained from participating in partisan politics, to have a distinct and enhanced salary structure and other conditions of service.