We will not allow Freddie Blay to destroy NPP Germany 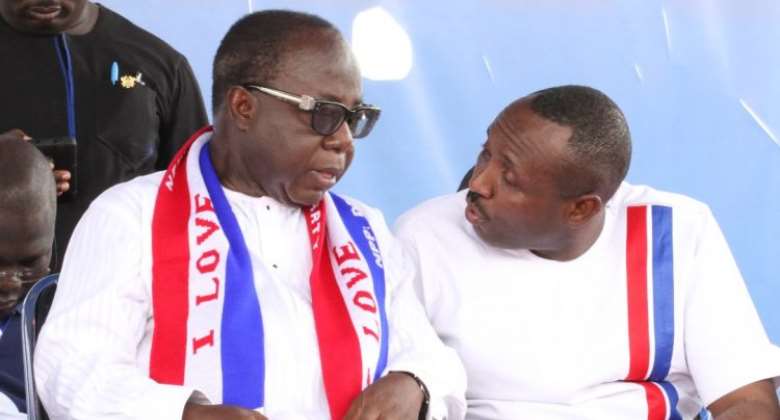 We, the Concerned Members of NPP Germany, have become aware of a whimsical decision by the party's Chairman, Mr Freddie Blay to compel the Branch to open the electoral roll contrary to the Branch's rules and regulations, and National Council resolutions one month to the Branch's elections.

We don't only find this decision to be arbitrary, but also illegal. Where is Mr. Blay deriving his motivation from? What is the basis of his decision? It's bizarre that he'd allow himself to be scammed this way. As an experienced lawyer, he failed to adhere to the basic tenet of fair trial which requires you hear the other side - "audi alteram partem" rule.

We, the Concerned Members of NPP Germany are stridently opposed to any attempts to manipulate the electoral process in favour of Mr Blay's 'darling girl'. For the record, the agitator who broke away from the party in the last elections and her team brought a petition before the Branch National Council which we opposed on the basis of law.

The Branch National Council upon hearing the two sides of the story, upheld our opposition which essentially was in line with its own resolutions and the party's rules and regulations. We laid enough factual basis that led to an irresistible conclusion that, Mr Blay's 'darling girl' and her surrogates, were not truthful, mischievous, and diabolic in their agenda.

Subsequently, we made copies of our opposition to the party's headquarters. Since then, we have not been called to narrate our side of the story, and so, it is shocking that such an arbitrary and illegal fiat would be issued without recourse to our side of the story. Indeed, it ought to be placed on record that, similar to the events of the impending elections, Mr Blay supported his 'darling girl' to breakaway from the Branch after she lost abysmally at the last elections.

Whatever is driving Mr Blay to follow his 'darling girl' so blindly, remains a jigsaw puzzle to be figured out. Not only did we the Concerned Members garner over 40 signatories to assent to our petition expressing resentments against manipulation of the electoral rules, more than half of the candidates issued a memorandum opposing any such move; since such a move will not only be a recipe for chaos, but also an avenue for manipulators like Mr Blay's 'darling girl' to populate the register with non-party members.