I’m not sure NPP can 'break the 8' – Prof. Gatsi sides with EIU report 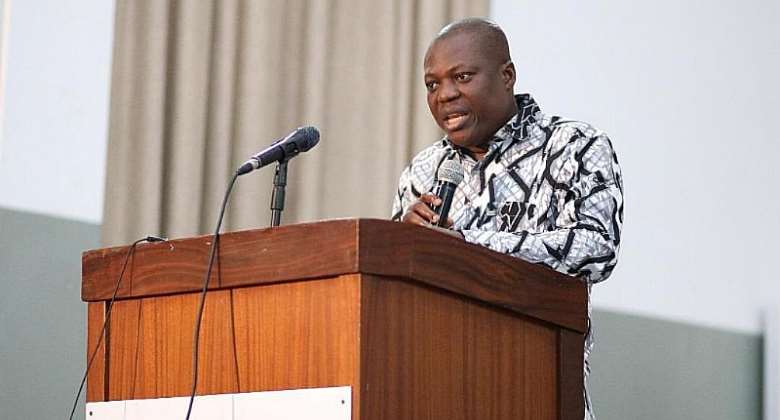 The Dean of Business School at the University of Cape Coast, Prof. John Gatsi says he is not sure the ruling New Patriotic Party (NPP) can achieve its 'break the eight' agenda.

With President Nana Addo Dankwa Akufo-Addo finishing his second term on January 7, 2025, the NPP has set sight on breaking the eight-year electoral cycle in government to hold on to power.

But reacting to the five-year forecast of the Economic Intelligence Unit (EIU) where the opposition National Democratic Congress (NDC) has been tipped to win the 2024 elections, Prof. Gatsi says it is highly likely to happen.

According to him, judging from the performance of the NPP since 2016, it is likely Ghanaians will resort to changing the current government.

“I’m not sure about that,” the Dean of UCC Business School said when asked whether it is possible for NPP to 'break the eight' in an interview with Citi News.

Prof. Gatsi explained, “I think the eight years cycle is it just an event that takes place. It’s based on the cumulative effect of all that you have been doing from your first term to your second term and at the end of the second term, the people say enough is enough. So it’s a verdict.

“If a government is able to do very well from the beginning to the end I do not think that Ghanaians will say they will not maintain that government in power. So I think political parties should just note that it’s a clear verdict. It’s not just that Ghanaians have agreed that every eight years we should change. It is because every eight years Ghanaians realize that their well-being is nothing to write home about.”

Despite backing the NDC to win the 2024 general elections, the EIU forecast adds that the opposition party will have a better chance if it presents any other person than former President John Dramani Mahama as its flagbearer.