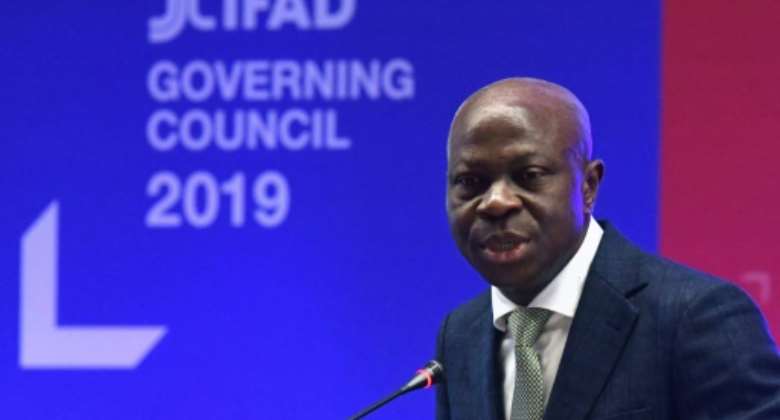 Gilbert Houngbo, the former prime minister of Togo, was on Friday elected the next head of the International Labour Organization, and will become the first African to lead the UN agency.

After two rounds of voting, the ILO's governing body elected the 61-year-old to succeed British trade unionist Guy Ryder, who steps down at the end of September, after 10 years in the job.

"You have made history," Houngbo told the governing body after the election.

"I am deeply and absolutely honoured to be the first representative of the African region to be selected to lead the ILO after 103 years."

Houngbo was chosen from among five candidates and had been seen in a strong position after the African Union threw its weight behind him.

Currently head of the Rome-based International Fund for Agricultural Development (IFAD), he also enjoyed strong backing on the labour side.

He has previously held several high-level positions within the UN system, such as finance director at the UN Development Programme (UNDP) and deputy director-general of ILO itself, from 2013-2017.

Houngbo's win marks a dramatic shift for the ILO, which since its founding in 1919 has been led by men only from Europe or the Americas.

Five candidates were in the running to succeed British trade unionist Guy Ryder as head of the ILO. By Fabrice COFFRINI (AFP/File)

The oldest specialised UN agency has 187 member states, which are, uniquely in the UN system, represented by governments, employers and workers.

The organisation's governing body counts 56 members, with half of them representing governments, and a quarter each representing employers and workers.

The vote took place by secret ballot behind closed doors.

The ILO said Houngbo received 30 votes in the second-round voting, securing the majority. Penicaud received 23, Kang two and Mdwaba one.

After the first round, Vines was eliminated.

In his first address after the vote, Houngbo hailed the outcome.

"The outcome of this election carries a rich symbolism," he said, adding that it "fulfils the aspirations of a young African, a young African boy whose humble upbringing turned into a lifelong quest for social justice."

Houngbo will take the ILO helm on October 1 and will have his work cut out as the organisation strives to adapt its norms to a world of work rapidly transforming due to evolving technologies.

The Covid-19 pandemic has only sped up those changes, leading to the rapid uptake of virtual technologies to enable remote working.

"My election as director-general takes place during a troubled moment in history, at a moment of uncertainty for what the future might hold," he acknowledged.

"The world needs an ILO that is capable of solving real-life problems of the working people and the enterprises."