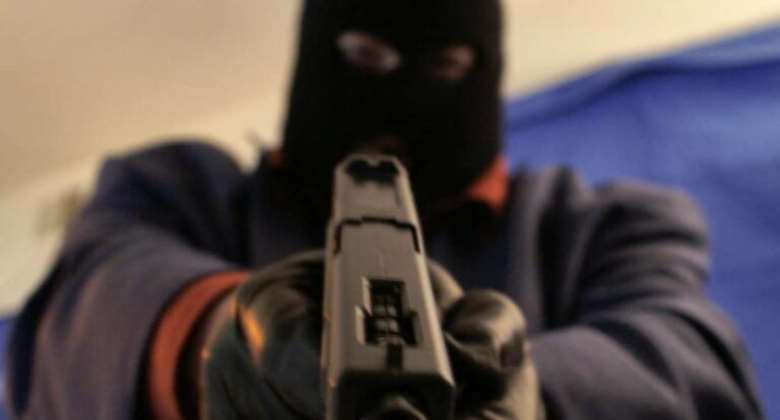 The Police in the Ashanti Region are on the heels of some suspected Fulani armed robbers who attacked a Yeji bound bus at Woraso on Thursday dawn.

According to an eyewitness, the robbers blocked the main Ejura-Mampong road at Woraso to embark on the robbery.

“They wielded assault rifles and flashed a light that I should stop. At first I thought they were Police until I got closer then I realised they are Fulani guys. They took my ¢500 and asked me to lie down” Fatawu Bonu, a truck driver told TV3 news team.

A Yeji-bound bus driver Derrick Opare, 41, said “the robbers shot sporadically into my bus before they entered to rob the passengers.”

“it was after they had escaped with their booty that they realised an 8-year-old girl, Bridgit Wuogo has been shot in the head “She died on the spot” Derrick added.