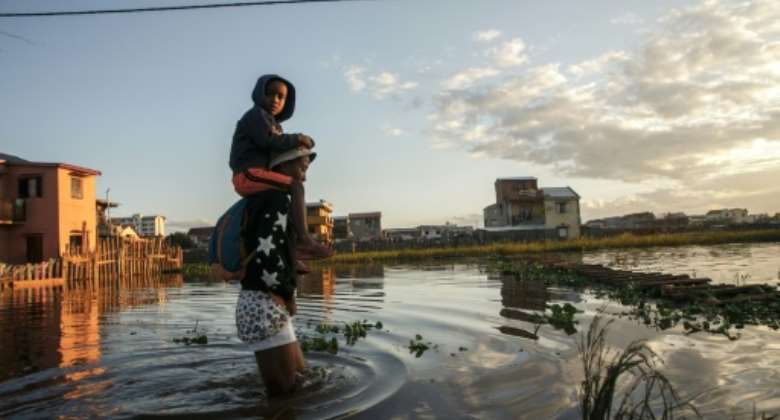 Six people were feared dead in Mozambique on Tuesday after they tried to cross rivers swollen by floodwaters in dugout canoes, police said.

The accidents on the Zambezi and Revuboe rivers came in the wake of Tropical Storm Ana, which pummeled the region last week, leaving 86 dead in Mozambique, Madagascar and Malawi.

On the Revuboe River, the tropical storm washed away a key bridge, forcing people to cross by boat.

One canoe carrying 12 people capsized at the weekend. Eight people were rescued, but the rest are feared dead, including a three-year-old child, said police spokesman Feliciano da Camara.

"The canoe that sank in the Rovuboe River was carrying 12 people, of whom eight were rescued alive," he said.

Two others were feared dead after a canoe sank on the Zambezi River, he added.

Another tropical storm, Batsirai, has already formed in the Indian Ocean, headed toward Madagascar.

Speaker Bagbin calls on Israeli counterpart in Jerusalem
26 minutes ago