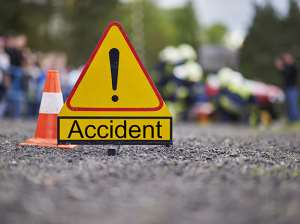 Three students of Buaman Senior High School in the Oti Region have lost their lives and several injured after they were involved in an accident.

Their bus was involved in the accident on the Jasikan-Hohoe road after the vehicle developed a fault on Friday, January 28.

“As we speak we have about three of the students in the hospital, we understand they are from Bueman Senior High School," an eye witness told TV3.

The bus burst a tyre and skidded off the road, the eye witness added.

The victims were rushed to the Hohoe Government Hospital for medical attention.