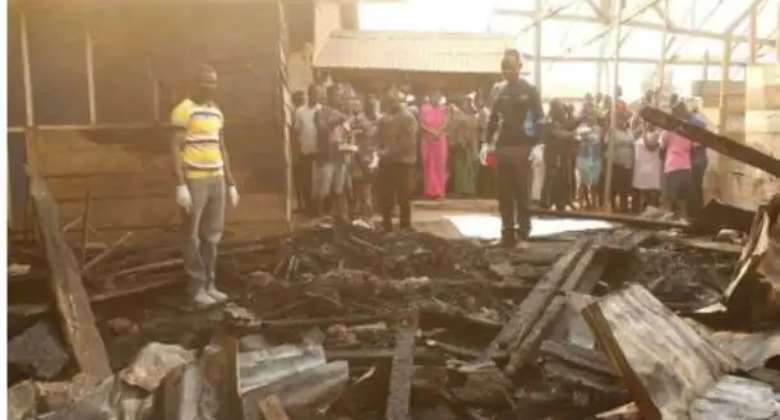 Report reaching this portal says that a 40-year-old man has been burnt to death in a house fire incident that occurred at Akuoku in the Sunyani Municipality of the Bono Region.

Kwadwo Bene was reportedly fast asleep when his niche wooden structure was engulfed by fire.

An eye witness said all attempts to rescue him proved futile because of the intensity of the fire.

His charred body was later found by the fire fighters and had since been deposited at the morgue for autopsy and preservation.

Meanwhile, the cause of the fire according to the personnel from the Sunyani Municipal Ghana National Fire Service is yet to be identified.

According to them, they have commenced investigation to establish the cause of the fire.