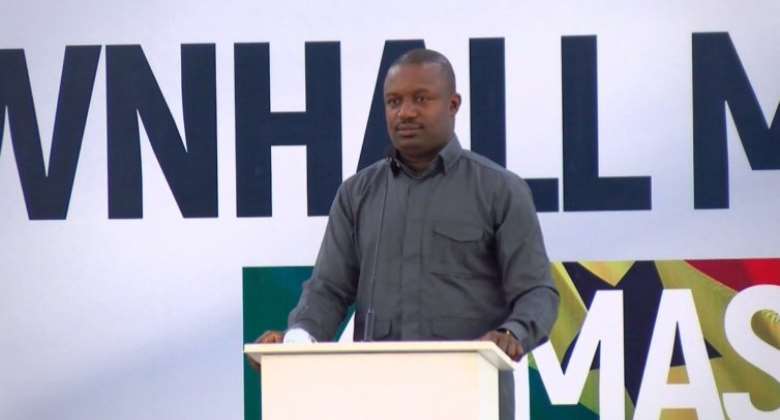 Member of Parliament for Yapei-Kusawgu in the Savanna Region, Hon. John Abu Jinapor, says Ghana’s economy is being run by "mere boys" who cannot do anything meaningful which as a result, the ordinary Ghanaian is suffering.

He noted that the NPP in the heat of the 2016 general elections campaign claimed they “have the men” to properly govern the country.

Speaking at the NDC’s recent Town Hall Meeting at Kumasi in the Ashanti Region on the controversial e-levy, Mr. John Jinapor, expressed worry over the worsening economic crises in the country.

According to him, the introduction of e-levy by the Akufo-Addo led government is not in the interest of Ghanaians, hence must be discarded.

The Akufo Addo government is seeking to introduce a 1.75 e-levy tax on electronic transactions including Mobile Money Transactions.

The Minority in Parliament has opposed the levy, saying it will further worsen the already suffering Ghanaians and diminish the gains made in the cashless system.

'Parties must have functioning offices, file their accounts ...
17 minutes ago