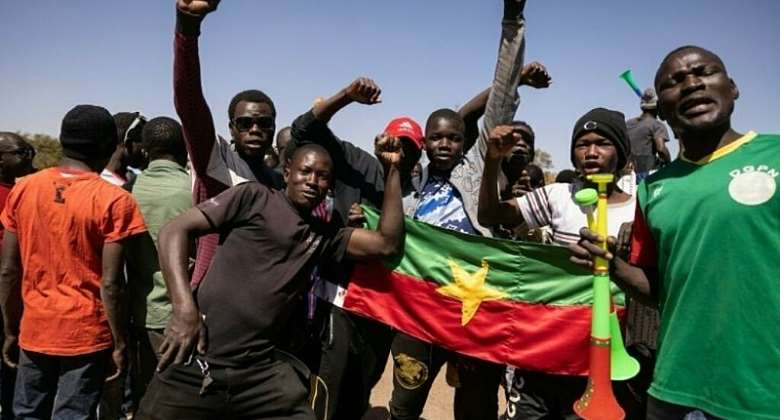 Crowds waved flags and sounded horns in the hope that the country's military leaders would drive out corruption and put down jihadist attacks that have killed millions.

Burkina Faso is now in the hands of the Patriotic Movement for Safeguard and Restoration (MPSR), led by Lieutenant-Colonel Paul-Henri Sandaogo Damiba.

The UN and France and west African countries condemned Monday's actions of the MPSR, which also dissolved the government and suspended the constitution.

However rally organiser Anaïs Drabo told a press conference the people of Burkina Faso had been “robbed of everything”, RFI correspondent Peter Sassou Dogbé reported from the capital.

“What they don't tell us is that when the terrorists come, they decapitate and dismember people,” Drabo said.

“The people don't know that, so I'm telling you. I'm happy because I don't think what happened was a coup. I'm talking about a liberation."

The festive turnout lasted all day, Dogbé reported, adding that not a single soldier was in the street as the MPSR junta announced the reopening of air borders.

Humanitarian vehicles and trucks transporting equipment for the armed forces were not affected by the closure of land borders, the MPSR added.