Eulogy to Prof. Alhaji G.V Kromah: They were freedom fighters 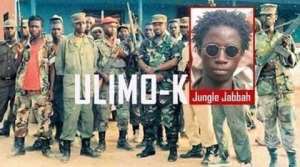 The sun was burning our skins and faces; the wind was bitter and characterizes a Hamatan, yet we seemed nonchalant to the searing effects of the sun and the dust in our faces which was a telltale of a ruthless harmattan. As the torrid sun gives way to the freezing wind , we were consumed in a desire for hope. Hoping that the harmattan that has been bruising us will be turned into zephyr of hopes.

Jostling toward the grandstand of Nzerekore sports stadium, we yearned for words of strongman-ship, words of hope, words imbued with promises of return to our homeland, Liberia, the only land we have known to be home.

Eager and praying to hear words that will give us reprieve from the hammerlocks and shackles of long periods of destitution and indignation, we finally heard what seemed like an early morning aubade to the paeans of the audience, and the excitement of an emotional crowd.

Standing on the grandstand was a young and vociferous man bellowing and seething with vengeance, as he dangled across the tarmac. “WE ARE GOING BACK TO LIBERIA TO BURY OUR DEAD KILLED BY TAYLOR”. The response from the crowd was a deafening uproar of cheers, excitements and relief. That message was enough as a bacon many people took to their family that evening

“Alhaji G.V.Kromah has spoken. We are going back “. These words instantly permeated into our community with beams of hope. The speech by Kromah fanned the minuscule ember of hope that was literally extinguished by Taylor and his forces who killed and bury our people with the singular intent to obliterate. A pogrom.

The animus that Motivated these resentments were nurture by fears and suspicions compounded by unfounded innuendos that have dogged our relationship with our compatriots for centuries. our community has been a victim of unnecessary fears and prejudices for ages. According to John Hanson Thomas McPherson in his book History of Liberia, he alluded to the presence of such fears when he writes “the Mandingoes especially, were much further advanced in civilization than the coast tribes, who formed a barricade between them and Liberia, and offered determined opposition to any attempt to penetrate inland. They FEARED to lose their advantageous position as middlemen, and succeeded in keeping anything but the vaguest rumors about the interior from reaching the colonists“. Such acts of antagonism leads to many of our people identifying as kpelle, Gbandi etc with the purpose of assimilating, for fear of being estranged, ostracized and antagonized. It was a canny tactic of survival in a place blackening with bias and persecution against an auspicious group of people

Taylor tapped into these prejudices and fears and adroitly unleashed our neighbours against us. People we shared food with, people that lived with us and people we gave future to by sending to school were turned against us as a predator preying on its favorite and tasty prey. Thanks to the artifice of Charles Gangay Taylor, His bliz of malicious campaigns which bear striking resemblance to Sumanguru Kante’s bliz of attacks on certain Mandingo kingdoms to exterminate them triggered the warriors in us.

It awakens the sundiata Keita, the founder of the Mali empire, the Fakoli Kromah,a general that fought with Sundiata during the expedition of Mali empire toward the Gambia, the Foni Kama or Fanon Kamara ( after whom a mountainous region in present day Guinea was named ) who set off a novel expedition, after the collapse of Mali empire, to Liberia and Sierra Leone and a close relative of king Sao Bosso Kamara. His expedition culminated into what we know today as the Condo Confederacy ( Condo/ Coundo means in Mandingo joining heads or confluence ) and it stretched from Cape Mount to Bopolu, from Zorzor through Sierra Leone to kanuka in present-day Guinea and finally to Musadu to which all the Condo reported; Almani Samory Toure who resisted and stifled the French colonization efforts for a long time; the founder and emperor of the Wassolon Empire, and etc. the numbers of the Djala which means lions but symbolizes General as in Sogorondjala for Sundiata meaning the lion of sogoron, are uncountable.

There is a saying that “You cannot bludgeon or cudgel a Mandingo man with wars because their pedigrees are pervaded by it .”

These men, the like of Bangali Jabateh, a childhood friend of mine, never dreamt of fighting war. They were docile and obsequious Liberian citizens who were going about their normal businesses and striving to make ends meet.

Bangali or Bango Bango as we passionately call him when we were boys or Langassa/ Lango as he was famously known was a peaceful citizen meandering within the length and breadth of Sanniquillie. Together we played in the mud and sand; we stole our parent's chickens and took them to a legendary river in sanniquillie that we called “Madrassa Koni” behind the Islamic school and the football field to roast them underground. We set traps for snipes in lake Tely; we went to river Beela to swim together. We were innocent and just enjoying life as boys when our innocence and childhood was stolen away by Taylor. He subjected us to terminal trauma by the wanton killing of our parents, some while we watched.

If this were you, what would be your response?

If your answer is honest and void of bias, your response will be to do what these men did: A fight for the right to return and settle in your homeland in a dignified way. Unfortunately these responses come with

To call them rebel is a disservice to their sacrifices and a lack of knowledge of the impetus of their struggles.

They were not rebels, they were freedom fighters! They are people who put their lives in harm’s way for the freedom of Liberia and Liberians. They are people who looked evil in the face and say “ I can be eviler than you can ever be, but I choose to be polite and calm for as long as you will not taunt me or threaten my liberty”. They are the heroes of freedom and equality.