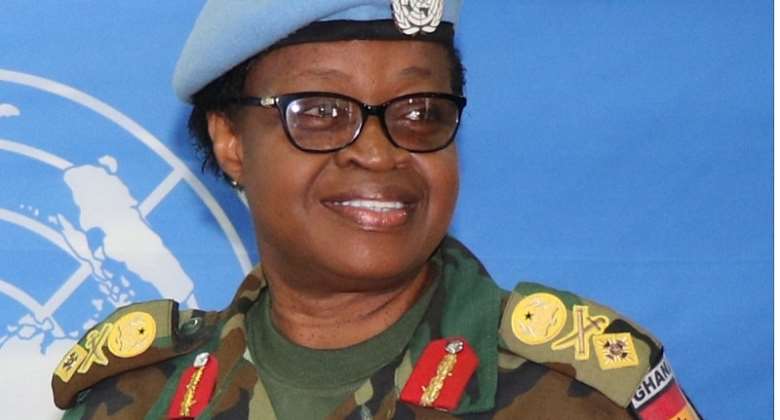 The United Nations Mission for the Referendum in Western Sahara (MINURSO) informed its staff of the tragic news that its beloved former Deputy Force Commander, Brigadier General Constance Emefa Edjeani-Afenu has passed on after a brief illness in her home country of Ghana.

In the message to its personnel, MINURSO said it offered its “heartfelt condolences to her friends, family and to the people and Government of the Republic of Ghana who have lost one of their favourite daughters.”

According to MINURSO, DFC Edjenani-Afenu was the mission’s first woman Deputy Force Commander and served with honour and distinction from 2019-2022, focusing relentlessly on improving the conditions of service of MINURSO’s UNMO personnel and working (successfully) to promote inclusiveness and to increase the number of women serving in MINURSO.

“Every year, she ensured that International Women’s Day was celebrated throughout the Mission. MINURSO will be proud to continue this tradition in her honour,” according to the message.

“Our Constance was truly an inspiration. No one who met her ever forgot her remarkable smile and infectious laugh. She inspired and mentored literally generations of soldiers and officers. She always had time to stop to chat, to share a laugh, to encourage and offer advice, and she never passed up an opportunity to dance. She will be dearly missed by all the personnel of MINURSO and by the entire family of UN peacekeeping,” the message concluded.

Brigadier General Edjenani-Afenu is survived by her husband, three children and two grandchildren.