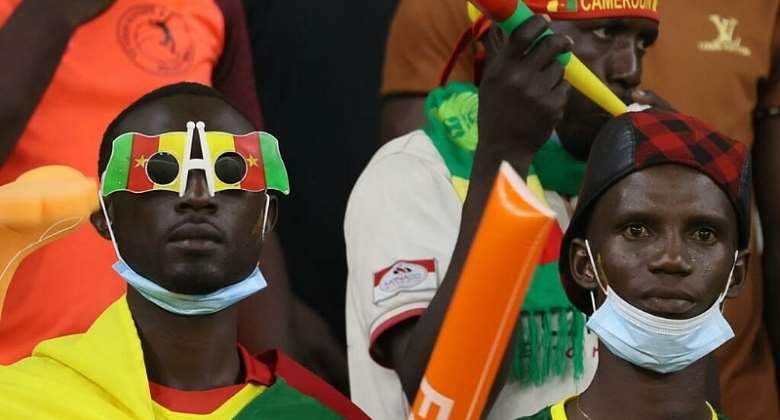 At least six people died and dozens were injured on Monday night after a stampede outside the Olembé Stadium in Yaoundé just before the last-16 Cup of Nations clash between Cameroon and Comoros, according to Cameroon state media.

Images circulating on social media show screaming fans including children being crushed at an entrance gate to the 60,000-seat stadium.

The injured were taken to hospitals around Yaoundé as the Confederation of African Football - Caf - which organises the biennial Cup of Nations competition - launched an inquiry into the incident.

"Caf is investigating the situation in order to obtain more details on these incidents," said a statement on Tuesday morning.

"We are in constant communication with the Cameroon government and the local organizing committee."

The Olembé Stadium is the showpiece site for the Cup of Nations. The arena was the venue for the opening ceremony as well as match on 9 January between Cameroon and Burkina Faso.

It is due to stage two more games before hosting the final on 6 February.

In the prelude to the tournament, organisers fended off fears about security and the spread of the coronavirus insisting that only fans who had been vaccinated and could also show a negative PCR or antigen test would have access to stadiums.

That assertion will come under intense scrutiny in the light of the images which overshadowed Cameroon's 2-1 victory over Comoros.

Skipper Vincent Aboubakar scored his sixth goal of the tournament in the win and the hosts will face Gambia in the quarter-final in Douala on 29 January.

Let’s avoid violence, anything that will tarnish image of NP...
50 minutes ago