NDC flagbearer race: Mahama is a great gentleman but I will still contest him – Kojo Bonsu 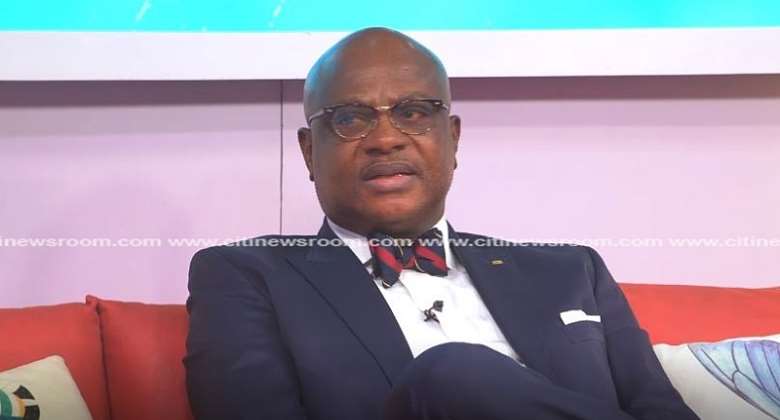 Former President John Mahama may be facing stiff opposition for the National Democratic Congress’ flagbearer slot ahead of the 2024 general elections.

This is because, a former Chief Executive Officer of the Kumasi Metropolitan Assembly, Kojo Bonsu says he is seriously lacing his boots to contest the former president.

He maintains his desire to run for the presidency on the ticket of the NDC should not be misconstrued as hatred for Mr. Mahama because he genuinely does not have anything personal against him.

The one-time Kumasi Mayor declared his intention when he appeared on Citi TV‘s lifestyle show, Upside Down.

“There is a vacancy and that is why we are all contesting the seat. It is democracy and our party believes in democracy, so we don’t push people [aside for other] people to take over. We don’t want that. So if one is given the chance, and he wins it, he will do the job. So it is fair we all do it. One other reason I am contesting is not that I hate President Mahama. No. What has he done to me? He was [a great President].”

Mr. Bonsu, however, added that, Mr. Mahama’s reputation has heavily been tarnished by the governing New Patriotic Party (NPP) thereby questioning the suitability of Mr. Mahama to lead the NDC.

“The problem is that people have lied a lot in this country about John Mahama. They put corruption on him. They have said a lot of things against him that you can’t even take it off. NDC has the numbers in terms of votes, but NPP has really soiled John Mahama that I feel so sad.”

However, touching on the chances of the NDC with John Mahama as flagbearer, Kojo Bonsu said it will only take a candidate like him if the NDC is determined to recapture power from the NPP administration because Mr. Mahama is currently unfit for purpose.

He partly blamed the NDC for doing too little to salvage the aspersions cast against Mahama which ostensibly marred the party’s political fortunes.

“We should have redeemed him long ago, but he doesn’t have a chance now. Let’s bring in a fresh person so that the swing voters wouldn’t have anything to say against President Mahama. I stand a better chance than Mahama because I have not been soiled, so that is where I come in. It’s so sad. He is a great gentleman, speaks very well, very affable, but he has been put in the mud so much. They have tagged him with corruption, women’s affairs and we the NDC have not been able to defend it and get him out of it.”

“If the party had corrected this, we wouldn’t have come to this level. If we want to win the 2024 elections, I think let’s bring someone like me. I am eligible to do it. It’s not an issue of fighting Mahama, insulting the former President, or doing anything but the situation, we find ourselves in, let’s try someone new and see if it will work.”