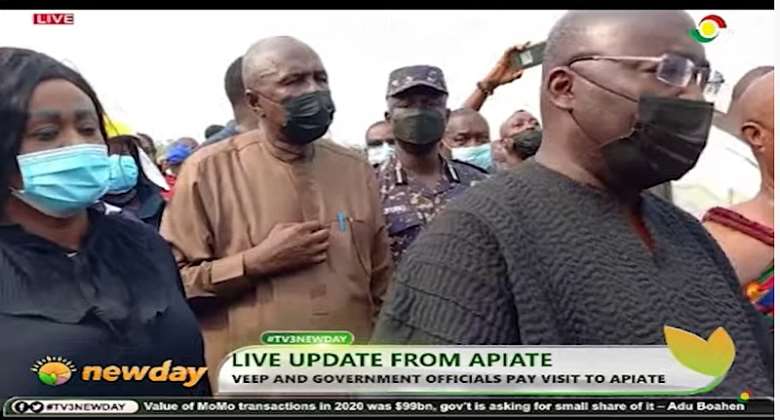 A Security Analyst, Dr Adam Bonaa, has expressed concerns about the timing of Vice President’s visit to the scene where the explosion occurred in Appiatse near Bogoso in the Western region.

He told Alfred Ocansey on the Sunrise show on 3FM Monday, January 24 that the Police had declared the place a crime scene which had not been cordoned off at the time of the declaration but allowed the Vice President to storm the exact location just few hours after the explosion had occurred.

“The police jumped ahead of themselves and even declared the place a crime scene that has not even been cordoned off. This is the same place we allowed the Vice President to go, it could have been disastrous,” he said.