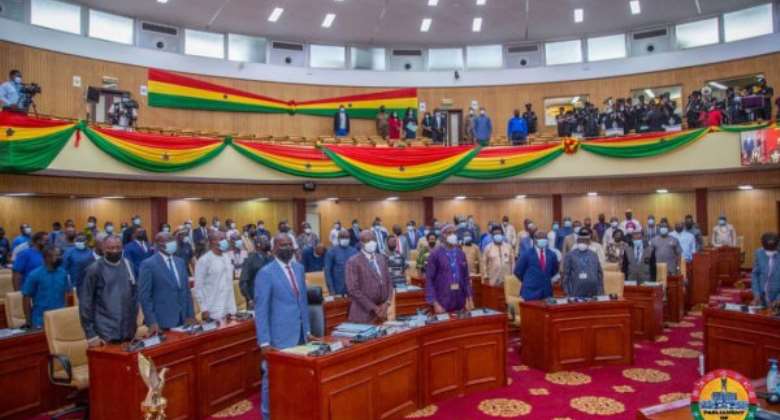 The United Cadres Front (UCF), Tema has urged the minority caucus of Members of Parliament (MPs) not to relent in their fight against the controversial 1.75 per cent e-levy contained in the 2022 budget.

The UCF, Tema, in a statement signed by its Chairman, Mr Oliver Agbenyo-Ahiafor and copied to the Ghana News Agency commended the Minority MPs for opposing the bill.

They indicated that as Parliament would resume sitting on January 25, 2022, “the United Cadres Front wishes to urge our minority caucus on and encourage them to do more to fight for the ordinary Ghanaian, the coconut seller, pure water seller, a truck pusher who struggles daily to make a living.”

It stated that Ghanaians as well as mobile money vendors nationwide have raised questions and opposed the 1.75 per cent E-levy tax embedded in the 2022 Economic Policy and Budget as it would add up to the hardships people faced.

It added that the government had run out of borrowing options as according to UCF, currently, Ghana's debt to its Gross Domestic Product (GDP) was about an inch to 80 per cent, therefore it was not true that the intent to introduce the e-levy was mainly to develop the country.

The Cadres suggested to the government cut down on its spending and the wastage in the system instead of introducing the e-levy as citizens were already facing hardships in Ghana.

They said it was unfortunate that the government that promised to move Ghana from taxation to production, among others was introducing more taxies and levies instead of reducing citizens' hardships.