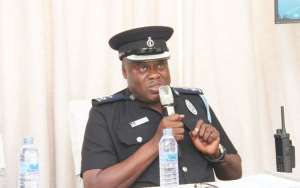 The Ghana Police Service has said the number of people who have died so far from the explosion at Appietse is thirteen contrary to the seventeen figure put out earlier.

The Ministry of Information had earlier said in a statement that some 59 injured persons were rescued, bringing to 76 the number of persons known to have been affected so far.

“As at 17:00 hours, a total of seventeen (17) people have, sadly, been confirmed dead, and 59 injured persons had been rescued, bringing to 76 the number of persons known, so far, to have been affected by the tragedy,” the statement said.

It added “Most of the victims have been rescued and are on admission at various hospitals and clinics within the Bogoso Municipality. Upon the instructions of the President of the Republic, a National Emergency Response Mechanism was activated immediately. Personnel from the Police Service, Fire Service, National Disaster Management Organisation (NADMO), Ghana Health Service, National Ambulance Service , the Municipal Authority, and residents have all been involved in providing support.

“Additional personnel and resources have been dispatched to the community to support the response effort. An alternative route has been created to facilitate the movement of stranded vehicles plying that route. All hospitals within the vicinity are being used to treat injured persons, and an evacuation plan has been activated to move those in critical condition to medical facilities in Accra, so they can get the needed assistance.”

“As I speak right now we sent about three of them to Kumasi and some people were also referred to Tarkwa. For now, we have about 17 dead bodies.”

But addressing the press on Friday January 21, the Director General, Public Affairs Directorate of the Police Service, ACP Kwasi Ofori said “It was misreported that they were dead but when they were taken to the hospital, the medical officers certified that they were not clinically dead and as such they were admitted and treatment is ongoing . So it is 13 and we should take note of that.”

Following the disaster on Thursday January 20, the Police said its preliminary investigation established that a mining explosive vehicle moving from Tarkwa to Chirano mines collided with a motorcycle resulting in the explosion.

Vice President Dr Mahamudu Bawumia has revealed that efforts are being made to rebuild the Appietse community near Bogoso which has been devastated by the explosion on Thursday January 20.

Dr Bawumia who visited the scenes on Friday January 21 said ” Government on its part is going to do everything to support the family, to support those who have been injured. Thankfully, the Ambulance Service played a major role in the rescue.

” For the houses that have been destroyed we are already beginning to think about how to rehabilitate and rebuild for the community.

“The president has given us the directive, I have spoken to the State Housing Cooperation inclusion with the Mining companies here we will quickly try to put in lace the facilities that will help those who have been displaced.”

“Government is fully engaged in all these process and we are going to see to it that the people are taken care off.”