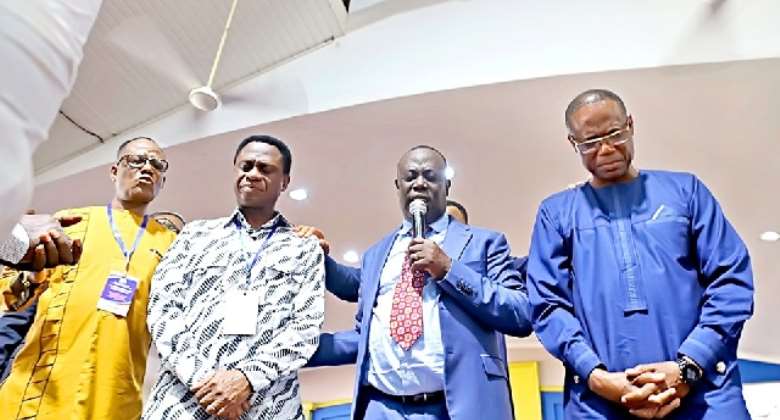 The Ghana Pentecostal and Charismatic Council (GPCC) has expressed deepest condolences to the families of the deceased victims of the Bogoso-Appiatse explosion that occurred on Thursday, 20 January 2022, and has wished the injured a speedy recovery.

The Council, in a statement, said while the nation waits for the National Fire Service and other relevant investigative and regulatory institutions to complete their investigative work and recommendations on the deadly explosion, it wants the government and all relevant government agencies to ensure strict enforcement of any recommendations as well as existing laws governing the movement of such explosives through mining communities and highways to prevent any such fatal incidents in future.

The GPCC also called on mining companies operating in Ghana, especially those moving such explosives through densely-populated areas, to strictly adhere to all safety regulations and operate within the confines of the law so as to save lives and properties.

At least, 17 people have so far been confirmed dead in the huge explosion.

A statement issued by Information Minister Kojo Oppong Nkrumah, following the tragedy, said: “As of 17:00 hours, a total of seventeen (17) people have, sadly, been confirmed dead, and fifty-nine (59) injured persons had been rescued, bringing to seventy-six (76), the number of persons known, so far, to have been affected by the tragedy”.

“Out of the fifty-nine (59) injured persons, forty-two (42) are receiving treatment and some in critical condition.”

It added: “All hospitals within the vicinity are being used to treat injured persons, and an evacuation plan has been activated to move those in critical condition to medical facilities in Accra so they can get the needed assistance.”

The explosion occurred when a truck conveying explosives was involved in an accident with a motorcycle and a third vehicle close to an electronic transformer.

Apart from the deaths, the explosion destroyed several properties.