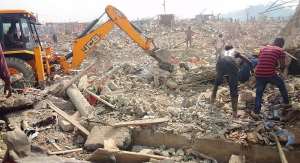 The Bureau of Public Safety wants the Interior Ministry, Minerals Commission and Environmental Protection Agency to make public details of the explosion that claimed many lives at Bogoso-Appiate in the Western Region on Thursday.

In a Citi News interview, Executive Director for Bureau of Public Safety, Nana Yaw Akwadaa says the question of whether laid-down procedures in transporting explosives were followed or not must be answered.

“We want to know what kind of explosives were being transported. We are suspecting that with the nature of the explosion, the explosives could be ammonium nitrate and some hydrocarbons.”

“We also want to know whether the guidelines that were provided for the transportation of hazardous substances were ever taken into consideration.”

Government has confirmed that 17 people have died following a huge explosion at Bogoso-Appiatse.

The statement also indicated that some 59 injured persons were rescued, bringing to 76 the number of persons known to have been affected so far.

“As at 17:00 hours, a total of seventeen (17) people have, sadly, been confirmed dead, and 59 injured persons had been rescued, bringing to 76 the number of persons known, so far, to have been affected by the tragedy.”

The statement also noted that out of the 59 injured persons, 42 are receiving treatment and some are in critical condition.