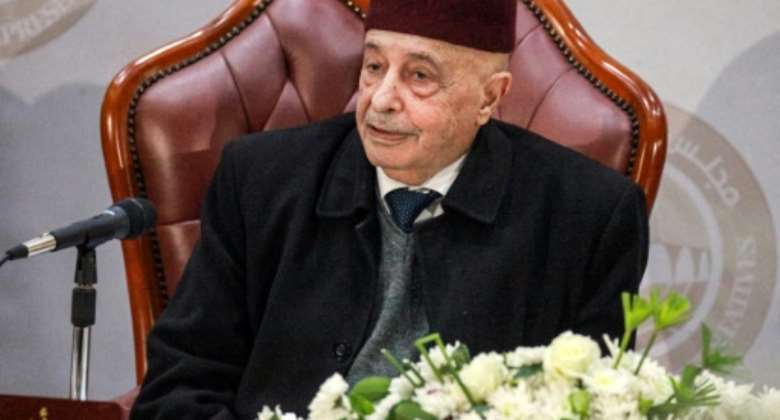 Libya's parliamentary speaker Aguila Saleh said Tuesday that by the end of the month the committee responsible for overseeing elections must set a "definitive" date for postponed presidential and legislative polls.

A presidential election was due to take place on December 24, followed by legislative polls, but the UN-sponsored electoral process was delayed in the troubled North African nation amid political tensions.

Those tensions pit military strongman Khalifa Haftar and an eastern-based parliament against authorities centring around an interim government in the capital Tripoli in the west, led by Prime Minister Abdulhamid Dbeibah.

Libya has been ravaged by violence and insecurity ever since a NATO-backed uprising in the oil-rich nation toppled and killed dictator Moamer Kadhafi in 2011.

Saleh, speaking at a parliamentary session in the eastern port city of Tobruk, said a parliamentary committee overseeing elections must present its "final report" by the end of January.

The report must detail both "the steps necessary to remove the obstacles which hampered the electoral process" in December and "determine a definitive date" for holding the ballot, he said.

Months of disputes finally saw the vote postponed just days before it was to take place as the committee overseeing the election declared it impossible to hold as scheduled.

It was derailed by bitter arguments including over divisive candidates and a disputed legal framework.

The commission must also present to parliament "a complete vision of the executive power and the formation of a new government", said Saleh, who is himself a candidate in the presidential election.

His demand for a fixed poll date comes a day after he called for a new interim government to be established in Tripoli, noting that the current executive has outlived its mandate.

Parliament in September passed a vote of no confidence in the interim government.

Saleh has called on the attorney general to "investigate" the government's expenses along with "abuses of power" including nominations to posts.