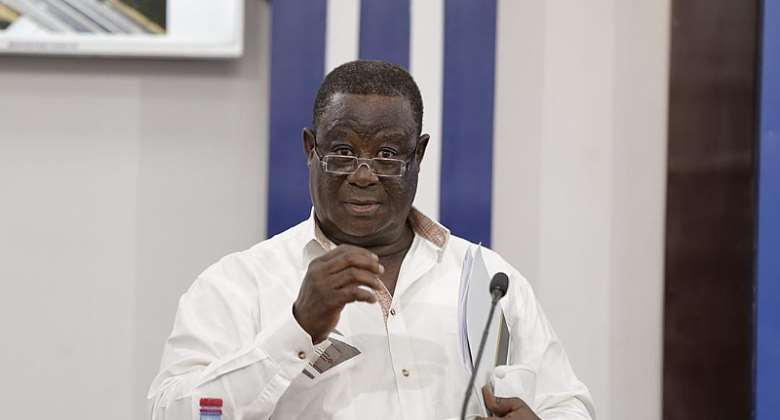 The Criminal Investigations Department, (CID), of the Ghana Police Service, has exonerated the Roads and Highways, Kwasi Amoako-Atta of bribery allegations.

The police rather cited the suspect, Blessed Godsbrain Smart alias Captain Smart, for the offences of 'Defrauding by False pretence and accepting or giving bribe to corrupt a public officer.

Police investigations into the allegations of corruption reveal that the accused, Kwasi Amoako-Atta, was mentioned in connection with an allegation of bribery and corruption of GH¢25.000.00 which was aired on both Net2 TV and Oman FM by Kwaku Annan in August 2021.

Captain Smart according to police investigations, extorted the said amount from some taxi drivers and a resident of Achimota Mile 7 ostensibly to thank the sector minister, for preventing a private developer from developing a reserved area meant for road construction, which the taxi drivers used as a taxi rank.

Police investigations indicate that the broadcaster confirmed receiving an amount of GH¢10,000.00 and not GH¢25,000.00.

However, it adds that no evidence was adduced that the Roads and Highways Minister had knowledge of the money taken from the victims' by suspect Captain Smart.

It further observes that there was no evidence that Captain Smart after extorting the GH¢25,000.00 from the victims, gave the same to the Minister.

Below is the full statement by the Police CID: