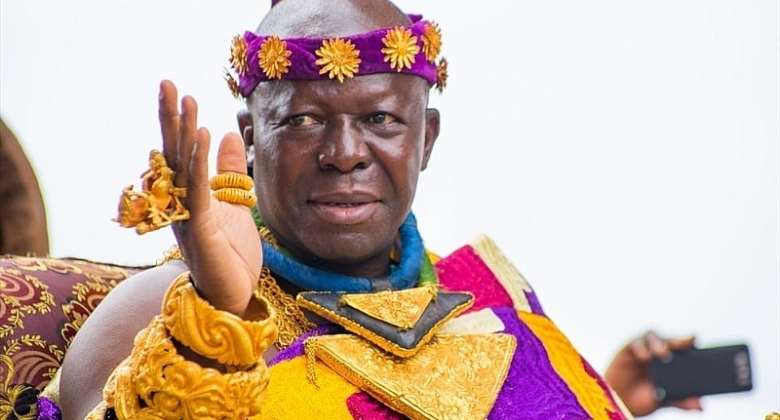 The Asantehene Otumfuo Osei Tutu II has disclosed that he has no intention of forcing any traditional ruler to kowtow to him.

Speaking at the first Council Meeting in the Ashanti Region, the Ashantehene stated his intention is to give a facelift to those willing develop traditional areas under him.

“The reason why the government created the new regions especially, Ahafo and Bono East is to expand development, it doesn’t mean if you are under the Asante Kingdom you have become autonomous, you still serve the Golden Stool (sikadwa)”, he said.

The Asantehene also stated he has no interest in skewing history but facts are sacrosanct.

“I want to remind those who have probably forgotten history and speaking out of ignorance, we haven’t forced anyone to serve us, it is even an honour to serve the Golden Stool Agyeman Badu was a teacher, he sworn before me before ascending the throne as the chief of Dormaa he said adding that “It was my orchestration when Dormaa Kusi was defeated.”

He assured that all the chiefs who are in the Bono and Bono East region shall be protected.

In 2010 similar tension ensued between the Asantehene and the chief of Techiman compelling the then president, the late John Evans Atta Mills who sent a high powered government delegation to engage Otumfour and quell a possible escalation.

This was after the Tuobodom chief, Nana Asare Baffour who owes allegiance to the Asantehene has been dragged to Nana Akumfi Ameyaw’s palace.

Court adjourns case between Asanko Gold and GMWU to June 1 o...
7 minutes ago