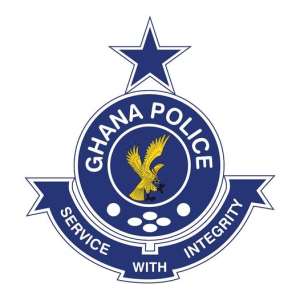 The Ghana Police Service has earned applause from the public yet again following the rescue of a kidnapped baby in the Ashanti Region from some car thieves.

A carjacking incident that occurred at Santasi, a suburb of Kumasi over the weekend went from bad to worse for the owner when his wife reported that the perpatrators drove off with the baby in the backseat.

With the Police alerted and officers informed to be on the lookout for the snatched car [Red Toyota Corolla], the owners can now not jubilate the rescue of the baby but the return of the car as well.

In a press release signed by the Ashanti Regional Command’s Public Relations Officer (PRO), ASP Godwin Ahianyo, the Police says a tip off led to the rescue of the kidnapped baby.

“The police upon receipt of the information swiftly set out all patrol vehicles and motorbikes within the metropolis in search of the said vehicle and its occupants (suspects).

“Sensing danger on the approach of a police vehicle and a taxi cab. The suspects abandoned the vehicle around Dakwadwom and fled into a nearby bush,” the Police statement has said.

The Command confirms that the retrieved vehicle has been driven to the Regional Police Headquarters and the child reunited with the mother.

Meanwhile the Patrol vehicles are pursuing the suspects and all other operational unit has been activated to assist in that regard.

The general public is urged to be forthcoming with information to help the Police to do their job to protect everyone.