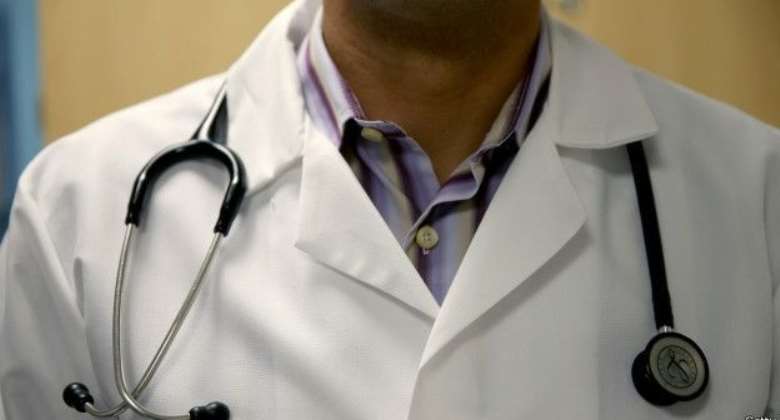 A 49-year-old man Kwabena Agyapong Kissi' has been nabbed by the National Intelligence Bureau (NIB) for posing as a doctor in parts of Accra.

The man who was using a fake professional profile claimed to be a lecturer at the University of Ghana, Legon and a surgeon at the Korle Bu Teaching Hospital in Accra.

He is alleged to have prescribed drugs for some of his victims who were cancer patients.

Upon interrogations by the NIB, the suspect admitted to administering oral prescriptions to over 25 patients.

He noted the prescriptions had worked for them.

He also denied being an employee of the University of Ghana.

The man has been operating since 2017 although he has not got a facility.

He is also alleged to have endorsed the passport forms of some unsuspecting victims.

According to the suspect, after reading Biological Science at the University of Ghana, he has been reading lots of medical journals thus, his ability to prescribe drugs for patients.