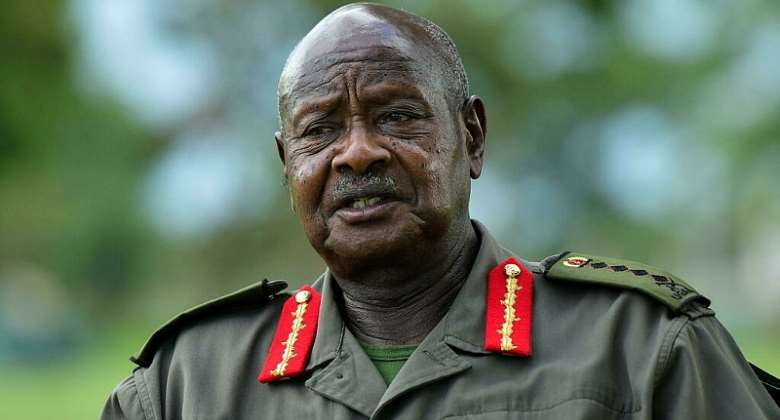 Ugandan police have arrested 29 people they say are members of a newly-formed rebel group allegedly seeking to topple the government of President Yoweri Museveni, who was re-elected in January in polls that were contested by the opposition.

Police say they have identified the newly-formed Uganda Coalition for Change, or UCFC, as being behind recent attacks on police officers in central Uganda.

The 21 people arrested Monday and eight arrested on 21 December "attended training in weapons and military drills at the UCFC rebel camps" in central Uganda, police said in a statement.

The statement said suspects had confessed to killing two police officers in an ambush in Mityana district in early December, and two others in an attack on a police post in nearby Kiboga district on 17 December, where guns were also stolen.

The suspects are mostly young people who police say “joined the rebel group with plans of overthrowing the sitting government”, motivated by the outcome of the 2021 presidential election.

Central Uganda is a stronghold of opposition leader Bobi Wine, a pop star, who ran against Museveni in January's election.

Wine rejected the results and alleged widespread voting fraud and violence against his supporters, and was put under house arrest.

Police warned against “those politicians accelerating themes of violence” who want to "bring about societal collapse”.

Wine has urged supporters to reclaim a stolen victory, but has not advocated violence, instead saying they should use constitutional means to do so.