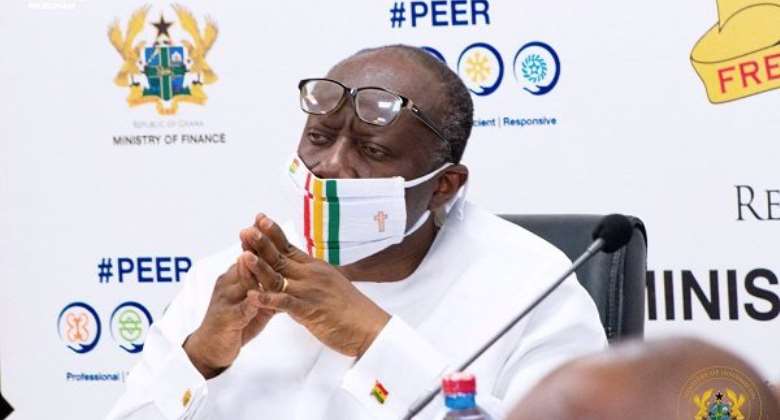 Minister of Finance, Ken Ofori Atta, has been asked to reduce the budget to the Office of government machinery by 25 per cent.

The suggestion was made by Founding President of Imani Africa Franklin Cudjoe in a statement reacting to the adjustments made by the Minister in the budget statement.

Mr Cudjoe said “I have read the Finance Minister's statement on the 2022 budget. The part on Agyapa and Aker deals are a good first step to dealing with the vexed issues. We will watch the space.

“I had hoped there would be an emphatic statement on the E-levy, beyond consultation with the Minority and a clarification on agency fees for collecting same. Admittedly, we are in the hardest of times with a debt overhang so perilous that girding our collective loins seems inescapable.

“The Minority should continue discussing with government, but charity begins with the government- at least reduce the budget to the office of government machinery by 25%. It can help build a few school blocks. Carpe diem.”

In announcing the changes in the budget, Mr Ofori Atta said “With regards to Agyapa Royalties Ltd, he said “we shall amend paragraphs 442 and 443 to take out references to mineral royalties collateralisation. It is important to note that, any reference to Agyapa was for informational purposes, and as such was not reflected in the fiscal framework;

“In respect of the unfortunate tidal waves which rendered about 3,000 people homeless in Keta, we shall make the necessary budgetary allocations of at least GHS10 million to complete the Feasibility and Engineering studies for the coastal communities adversely affected.

“We will broaden the scope of the study to consider a more comprehensive solution to protect Ghana's 540 Km of coastline,

including the 149 Km between Aflao and Prampram. Meanwhile, NADMO has responded to the humanitarian crisis created by the tidal waves on the Keta coastline;

“Relating to the Aker Energy transaction, we shall amend paragraph 829 of the 2022 Budget on the acquisition of a stake from Aker Energy and AGM Petroleum by GNPC, to reflect the resolution of Parliament dated 6th July, 2021 that “the terms and conditions of the loan for the acquisition of the shares shall be brought to Parliament for consideration pursuant to article 181 of the Constitution; and

“On the benchmark values, we shall avert any hardships to importers and consumers while safeguarding the interest of local manufacturing industries to secure and expand jobs for our people. This administrative exercise which reviewed 43 out of 81 line items, has the objective to promote local manufacturing and the 1D1F policy, including the assembling of vehicles. It is important to note that this adjustment affects only 11.4% of the total CIF value, of which 50% is for vehicles. From our analysis, the potential increase in retail prices should be relatively insignificant and therefore inflation should be muted.

“The YouStart policy will also support our accomplished Traders with appropriate training and access to capital to become Manufacturers in order to expand the industrial base of our society and our import substitution strategy, in line with our Ghana Beyond Aid agenda. We will work with the relevant Committees of Parliament to reflect these modifications in the 2022 Budget as is the usual practice, before the Appropriation Bill is passed. Any other concerns which may emerge shall be addressed during the discussions of the estimates by the Committees, as has been the tradition.

“On the matter of the E-levy, having regard to its serious fiscal implications, we will continue our consultations with the Minority Caucus in Parliament and other relevant stakeholders, with a view to achieving consensus and reverting to the House in the shortest possible time.

These changes became necessary following the spirited objections raised against the budget by the Minority in Parliament.