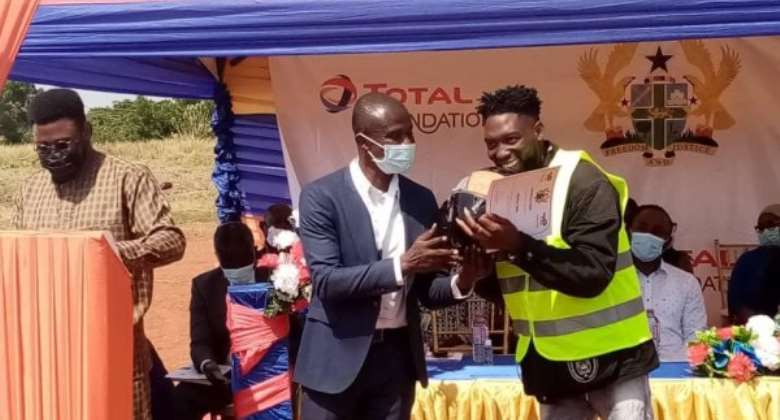 The National Road Safety Authority (NRSA) says motorcycle crashes constitute about 40 per cent of the total road accidents recorded from January to October 2021.

Madam May Obiri-Yaboah, the Director-General of NRSA, said the overall number of accidents was 2,126 of which almost half was related to motorcycle crashes.

This, she said, should be a great concern to every Ghanaian as the usage of motorbikes were increasing in recent years.

Madam Obiri-Yeboah said this in a speech read on her behalf by Mr Daniel Wuaku, the Deputy Director of Planning and Programmes, during the graduation ceremony of motorcycle riders, who were trained in road safety techniques in Accra.

She said the continuous rise of motorcycle accidents was a clear demonstration of lack of training on the part of most riders hence the NRSA considered the training very instructive and timely.

Madam Obiri-Yeboah, said the Authority was of the view that motorcycle riding should be accorded the same prominence as driving to be successful deal with the menace of road traffic crashes and deaths as well as injuries.

She urged the graduating riders to implement the knowledge and skills they had acquired during the training while having regards to safety measures.

He urged the graduates to be Ambassadors of road safety when riding on the roads to help reinforce the road traffic laws and reduce the road carnages that were happening in the country.

Mr Appiah urged them to avoid taking drugs or alcohol whilst riding on the road.

He stated the Police Service was also coming up with measures to curb indiscipline on the roads, adding that this would in the long run eradicate or reduce the alarming rate of road traffic accidents.

Mr Frank Boamah, Health, Safety, Environment and Quality, Manager of Total Energies Ghana, said the Total Foundation was committed to ensuring that there was safety on the road.

“We have over 200 trucks and over 130 light vehicles on the roads and we travel about 5.7 million kilometres every year and that makes us a major user of our Ghanaian roads,” he said.

He said it was as a result of this that issues of road safety were paramount to Total Petroleum Ghana Plc.

The Manager said over the years the Company had deployed different tools such as safety cube, safety caravan to educate road users, School children and communities along the various routes which they travel.

Mr Boamah said the programmes were done in collaboration with MTTD and NRSA to further enhance road safety awareness in the country.

"The efforts of ensuring safety on the road had culminated in the training of 84 motorcycle riders through a collaboration between Total Foundation, Amend Ghana, Government organisations, among others," he said.

He urged the graduating rider to be Ambassadors, who would influence people to be road safety conscious while on the roads and that the results of their implementation of the knowledge and skills acquired would enable them to continue the programme of training other riders.

Madam Juliet Adu, the Country Manager, Amend Ghana, said the increase in the use of motorcycles in recent years resulted in the rise in road traffic deaths and injuries.

She said in Accra alone 28 per cent of road crash fatalities in 2020 were motorcycle riders while vehicle occupants accounted for 15 per cent.

Madam Adu said the organisation had developed and worked with various experience motorcycle trainers to produce a motorcycle training programme, specifically for the African context, adding that it was done based on earlier research it had carried out.

She said drivers or riders behaviour contributed immensely to road traffic crashes and research had shown that training was critical for safe motorcycle riding.

The programme was hosted by Amend Ghana, an NGO, in collaboration with Total Energies Foundation, and aimed at improving road safety techniques for children across Africa.

The 84 courier and dispatch riders in Accra came from diverse organizations, including, Republic Bank, Ghana Health Service, Electricity Company of Ghana and Judicial Service, among others.